>> Get a downloadable version of this article.

Marijuana vs. Hemp vs. CBD

Marijuana and hemp are names for different varieties of the Cannabis sativa L plant. All parts of the cannabis plant – excluding the stalk and seeds – is generally considered to be “marijuana.” The stalk and seeds alone of a cannabis plant are considered to be “hemp.” The difference between the two also lies partly in the THC levels of each. Tetrahydrocannabinol, or THC, is a phytocannabinoid associated with psychoactive properties. Another phytocannabinoid is cannabidiol (CBD), which is not associated with psychoactive properties. Marijuana tends to have a higher ratio of THC to CBD, while the somewhat of the opposite is found in hemp.1 To be legally defined as hemp, a product must have THC levels less than 0.3 percent.

The Agriculture Improvement Act of 2018 (also known as the “Farm Bill”) made several changes to how hemp is defined and regulated:

THC and CBD are not the only cannabinoids found in cannabis; more than 100 cannabinoids have been identified.2 However, CBD as a single isolate is classified by the FDA as a drug, and under federal law it is illegal to market isolated CBD as a food additive or dietary supplement.

Why Support a Dog’s Endocannabinoid System?

Few veterinarians are trained on hemp for pets and the canine ECS.3 However, like in humans, the ECS interacts with multiple systems of a dog’s body, playing important homeostatic roles in various physiological mechanisms.

Endocannabinoids like EPEA, DHEA, anandamide, and 2-AG are derived from polyunsaturated fatty acids (PUFAs), including omega-3 fatty acids and omega-6 fatty acids. So including PUFAs in the canine diet is an important part of supporting the ECS. Plus, PUFAs support healthy mitochondrial function, nervous system health, and healthy inflammation.

Supporting a well-balanced ECS with the right nutrition is important for regulating metabolic stress responses, immune function, pain, bone growth, and many other physiological processes in the canine body.3

Cannabinoid receptors CB1 and CB2 are important components of all species’ endocannabinoid systems. There is not nearly as much peer-reviewed research published about canines and animals as there is about humans when it comes to the cannabinoid receptors and the ECS, but the science continues to grow.

For example, in a 1995 study, researchers identified the endocannabinoid 2-AG found in canine intestines bound to cell membranes carrying DNA of either CB1 or CB2.4 In a 2018 study, scientists investigated how the ECS affected inflammatory diseases of the central nervous system (CNS) in dogs.5 The bulk of the published research connecting canines and cannabis concerns toxic effects of cannabis products on dogs. And while there are many similarities between humans and animals when it comes to the ECS, there are some differences in things like CB2 receptors and cannabinoid metabolism that researchers will continue to unveil.6

Want more on the ECS for pets? Listen to the podcast. 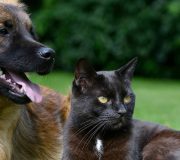 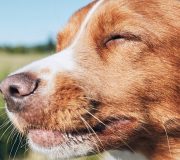 Overview Vitamin D is an essential micronutrient for humans as well as animals. In human research, vitamin D solidly is... 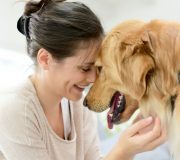 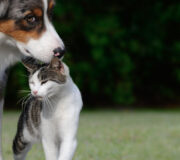 Nutritional Support for Renal Health in Dogs and Cats

Kidney function often declines as animals age, in part due to loss of nephrons, the filtering unit of the kidney. Although kidney disease is a...

Digestive Health in Cats and Dogs

Providing a diet that meets nutritional requirements, as well as enhances the function of the microbiome can significantly improve and support the...