Hemp and the Endocannabinoid System for Pets

Both hemp and marijuana come from cannabis. How are they used differently (01:45)? Marijuana is defined as all parts of the cannabis plant – with the relevant exception being the stalk and seeds, which are separately defined as hemp, as long as these parts contain less than 0.3% THC. While state laws are rapidly evolving in the direction of legal marijuana, federal law and many state laws still say marijuana is illegal. A product derived from hemp – again that’s the stalk and seeds of the cannabis plant – is not marijuana.

Historical uses of marijuana were associated with medicinal and recreational use, religious and spiritual use, and emotional and psychological wellbeing (03:58). Cannabis contains phytochemicals, which are largely responsible for the physiological effects in the body (05:19).

At what point do you think people started to realize the existence of what would eventually be called the “endocannabinoid system” in the human body? (10:18)

How did people first discover that it was partially the cannabinoids in plants like cannabis that were responsible for the effects cannabis products have on the human body? (11:41)

How does the THC/CBD amount differ in marijuana versus hemp? (16:43)

Like the ECS in humans, omega-3 fatty acids are also super important for the ECS in dogs – and likely other animals too (40:30).

The most common conditions in pets where she recommends using hemp include: (42:55)

Do you think veterinary schools will eventually add education on the ECS to their curriculum? (47:06)

How often do you have the pet owner asking for it before you even have a chance to recommend it? (51:27)

The music track featured in the WholisticMatters Podcast Series is a track called “New Day” by Lee Rosevere.

Please note: During the recording of this podcast, our hosts transitioned from live studio recording to remote recording from two different locations. 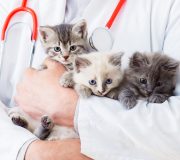 The Role of Whole Foods in a Veterinary Practice

This is the first episode of the Wholistic Approach to Pet Care: Part II. Dr. Sue Howell joins us to... 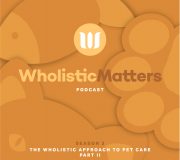 The Brain-Gut-Microbiome Connection in Animals

This is the third episode of the Wholistic Approach to Pet Care: Part II. Dr. Donna Raditic joins us to...

This is the trailer for Part II of the third season of the WholisticMatters Podcast Series, “The Wholistic Approach to... 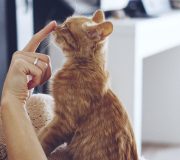 The Nervous System The nervous system is important for dogs and cats because, like in humans, it “governs the function... 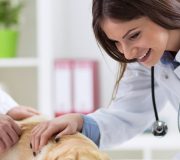 Personal and Practical Insights for the Health of the Veterinarian

Sheila Dodson, DVM, CVA, has been a veterinarian over twenty years, and she owns an integrative veterinary practice offering multiple...