In this episode of the Medicinal Herbs podcast, naturopathic clinician Angela Hywood talks with host Sara Le Brun-Blashka, MS, about the “holy herb of the Middle East” – also known as the “seed of immortality.” Black cumin seed (Nigella sativa), or just black cumin, originates from the Mediterranean region and is known for its content of terpenoids, particularly thymoquinone, and fatty acids which give rise to a plethora of health properties (01:20).

Used almost every day in Angela’s practice, black cumin seed is a widely used medicinal plant throughout the world (02:47). It is very popular in various traditional systems of medicine. Additionally, its seeds and oil have a long history of folklore usage in various systems of medicines and food; black cumin seeds have been widely used in the treatment of different diseases and ailments. Traditional uses are vast, including use for blood pressure, liver tonics, digestive support, appetite, and other scenarios (05:27).

Black cumin seed is one of the most heavily researched herbs in botanical medicine (08:10). Extensive studies have been carried out by various researchers, and a wide spectrum of its pharmacological actions have been explored. This volume of research has also revealed that most of the therapeutic properties of this plant are due to the presence of thymoquinone, which is the major bioactive component of black cumin seed’s essential oil.

Black cumin seed is well-known for its link to diabetes, metabolic syndrome, and hyperlipidemia – excess fat in the blood (11:14). Angela discusses her two favorite herbs to use alongside black cumin seed in this context:

Lastly, black cumin seed is also relevant in the context of gynecological applications and hormone health, including dysmenorrhea (severe pain during the menstrual period), polycystic ovarian syndrome (PCOS), and menopause (20:15). 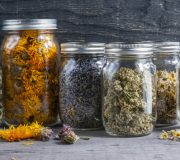 In this episode of the Medicinal Herbs series from the WholisticMatters Podcast, Professor Kerry Bone joins our host Sara Le... 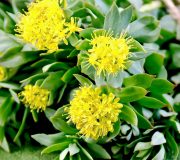 In this episode of the Medicinal Herbs podcast series, naturopath and herbalist Jo Boyd joins us as a first-time guest...

At any given point, as many as half of all Americans are trying to lose weight. In this podcast episode, naturopathic... 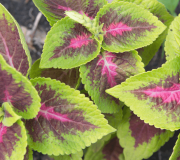 Herbal Support for A Healthy Heart

In the tenth episode of the Medicinal Herbs podcast, naturopath and medical herbalist Berris Burgoyne joins our host, Sara Le... 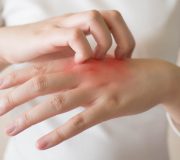 Millions of people worldwide struggle with food and environmental allergies, with one study reporting over 100 million Americans with allergies.1...