Cat’s Claw for Immunity and Recovery

Today we are talking about cat’s claw for immunity and recovery with naturopath and medical herbalist Berris Burgoyne, who joins our host, nutritionist Sara Le Brun Blashka, for the fifth episode of our special series on Medicinal Herbs. Cat’s claw (Uncaria tomentosa) is an herb native to the South and Central American tropical rain forest associated with anti-inflammatory and antioxidant activity.

Cat’s claw came to the attention of the European scientific community after an Austrian scientist heard about its healing qualities (02:51). Many plants around the world may be called “cat’s claw” because of the distinct thorns and barbs that give the plant its namesake, but Uncaria tumentosa is the main species associated with cat’s claw’s health benefits (03:08). Another species of cat’s claw, U. guianensis, is also utilized by herbalists, but U. guianensis contains lower levels of alkaloids and flavanols than U. tomentosa.

What Is a Chemotype?

U. tomentosa has multiple chemotypes that appear “botanically identical” but have differing phytochemistry (07:12). Laboratory testing can help distinguish between the chemotypes, making testing very important for herbalists wanting to ensure they have the appropriate chemotype of U. tomentosa for use in their practice. Chemotypes may differ on their concentration of pentacyclic oxindole alkaloid (POA) and tetracyclic oxindole alkaloid (TOA) (07:54).

Utilizing U. tomentosa’s root versus the stalk bark yields higher concentrations of POAs; however, harvesting the root destroys the plant, while harvesting the stalk bark leaves the plant intact to continue growing (12:10). The difference in these two utilizations of the plant parts reflects a controversy in the sustainability of cat’s claw and presents a debate over how to best cultivate the plant to both yield high concentrations of POAs and keep the plant population growing for years to come.

Cat’s Claw for Immunity and Other Clinical Uses

She often uses cat’s claw in combination with tonic and adaptogenic herbs (17:21):

>> Audio bookmark (Is Cat’s Claw Safe for Children Recovering from Illness?): “It’s recommended that children under three are not given [cat’s claw] … just because there’s no data on safety in children.” (21:30) 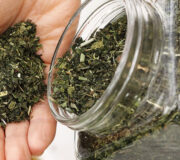 Medicinal herbs have been used effectively and safely for thousands of years, but in the modern age concerns about safely... 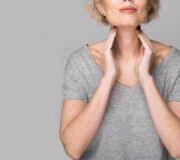 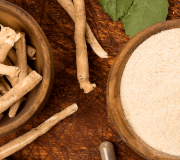 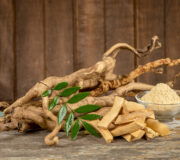 In this episode of the Medicinal Herbs podcast, we welcome back Professor Kerry Bone to talk with our host Sara...