The different conditions of the gut seem endless: inflammatory bowel disease vs. irritable bowel syndrome, leaky gut, SIBO. However, there are key defining factors of each condition.

In the world of information surrounding digestive disorders, the microbiome, and intestinal inflammation, there are many terms describing similar but different conditions of the gut. This article serves to explain the key defining factors of each condition.

Inflammatory bowel disease (IBD) and irritable bowel syndrome (IBS) are both digestive disorders, but they are not two terms describing the same condition. IBD, including Crohn’s disease and ulcerative colitis, is an inflammatory gastrointestinal (GI) condition that can occur either progressively or chronically with intermittent recurring episodes.1 Scientific evidence links IBD to increased risk of colon cancer.2 Research also links causes of IBD to genetics, autoimmune activity, and interactions between microbiome, mucosal immune system, and environmental factors.

IBS, on the other hand, is more vaguely considered a “functional GI disorder” characterized by certain symptoms occurring in tandem including abdominal pain, diarrhea, and constipation.3 Unlike in IBD, there are no visible signs of damage in the GI tract in patients with IBS. Research links IBS to disruption of communication between the GI tract and the brain. IBS prevalence is associated with heredity, stress, and infection.

Due to issues with nutrient absorption, individuals with IBD are at risk for nutrient deficiencies such as protein and micronutrients like iron, calcium, and vitamin D.4 Individuals with IBS are similarly at risk, specifically for lacking adequate levels of fiber and micronutrients such as iron, calcium, zinc, folate, B vitamins, vitamin C, and vitamin D as well as phenol-containing foods.

FODMAPs are quickly fermented by GI microbiota but often poorly absorbed, which can lead to gas, bloating, abdominal pain, and diarrhea for people with IBS and IBD.5-6 Thus, reducing FODMAP intake is thought of as a potential dietary treatment for these conditions. Additionally, with FODMAP consumption comes extra water in the gut, which has the potential to make intestinal symptoms worse by increasing water volume in the small intestine.6

However, a low FODMAP diet is certainly not the right choice for everyone. Avoiding high amounts of FODMAPs in the diet limits access to key macronutrients, micronutrients, and phytonutrients like flavonoids, carotenoids, and phenolic acids.6

Tighten Up a “Leaky” Gut

However, tight junctions can become excessively permeable as a result of digestive disorders, chronic stress, antibiotic overuse, other unhealthy lifestyle factors, or heredity.8 “Leaky gut” gets its name because as tight junctions become more permeable, they “leak” GI tract components like toxins and food particles. This leakage allows these components to cross the GI barrier and into the circulation, where they wreak havoc in the body by activating inflammation and triggering food sensitivities.

When pathogens escape through a “leaky” GI barrier, there is an increased risk of elevated levels of lipopolysaccharides and other dangerous bacterial products, which can lead to inflammation in the brain.9 Leaky gut has been associated with health conditions such as autoimmune disease, liver-related conditions, and diabetes.10

Small intestinal bacterial overgrowth (SIBO) is characterized by excessive amounts of bacteria in the small intestine. SIBO is a condition that has been shrouded in confusion and was previously thought to only affect a small population of individuals with specific disorders or genetic abnormalities. As researchers learned more about SIBO and developed more robust diagnostics, it became clear that the condition affects a much larger population that previously thought. Additionally, many researchers believe that SIBO is linked with IBS.

SIBO is thought to develop when homeostatic mechanisms controlling enteric bacterial populations go awry, often stemming from reduced secretion of gastric acid and small intestine dysmotility. While SIBO is not limited to cases of physical GI tract abnormalities, such irregularities do increase the risk of SIBO development. SIBO can also cause an inflammatory response in the intestinal mucosa, worsening typical SIBO symptoms. Nutritional support is a key aspect of treating SIBO, along with identifying the true, underlying cause of the bacterial overgrowth.

Candida overgrowth, also referred to as candidiasis, occurs when a fungal species called Candida grows excessively as a result of compromised immunity or imbalance of the microbiome.12

Candida is often a normal inhabitant of the microbiome. Growth of Candida is typically kept in balance by other inhabitants of the microbiome that fight for shared resources and room to grow. But in cases of compromised immunity and dysbiosis, whether as a result of antibiotic misuse or other lifestyle factors, Candida can grow uninhibited by its microscopic competitors. 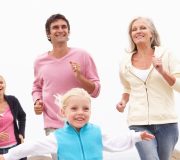 2’-Fucosyllactose (2’FL) is a human milk oligosaccharide (HMO), which serves as a prebiotic in the human digestive system. 2’-FL is the most... 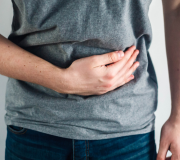 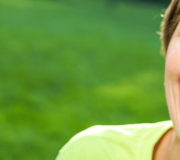