The Burden of Pain in America

The burden that pain creates can be extensive. This burden can be described in multiple domains, including financial, neurological, and quality of life.

The cost of pain to society has been reported in various ways, most typically as it relates to one condition or group. The most comprehensive estimate of the cost of pain for adults comes from the 2011 Institute of Medicine (IOM) pain report, “Relieving Pain in America: A Blueprint for Transforming Prevention, Care, Education, and Research,” which noted that the total cost of pain was between $560 and $635 billion. This total accounted for both the health care and workplace impact of pain. The total health care costs associated with pain were slightly less than half the total, equaling $261 to $300 billion. The workplace cost total was from $298 to $335 billion and accounted for missed days and hours of work as well as lower wages.

Importantly, this figure only accounted for noninstitutionalized adults and thus could be considered an underestimate based on the known level of pain in non-represented groups as noted earlier. Even with this consideration, when the total cost of pain was compared to other common conditions, it exceeded the costs associated with cardiovascular disease, diabetes, and cancer combined.1 This figure points out the dual nature of chronic pain as both an entity that can be examined on its own, as well as one that can be a sequelae of other chronic conditions (e.g. angina in cardiovascular disease, diabetic neuropathy, and cancer-related pain). Looking at pain through this paradigm provides additional appreciation of its ability to affect so many lives at such high cost.

One area of dysfunction that is often underappreciated is the neuro-physiological effects of pain. The longer an individual suffers with pain, the more brain matter is lost. This finding can help to explain the cognitive abnormalities, including brain fog, as well as mood abnormalities often co-existing with pain.

Burden to Quality of Life

Chronic pain is associated with some of the poorest quality-of-life indices of any condition.  When compared to healthy subjects, those living with chronic pain demonstrate deterioration in multiple domains, including physical and mental health as well as vitality and functional ability. 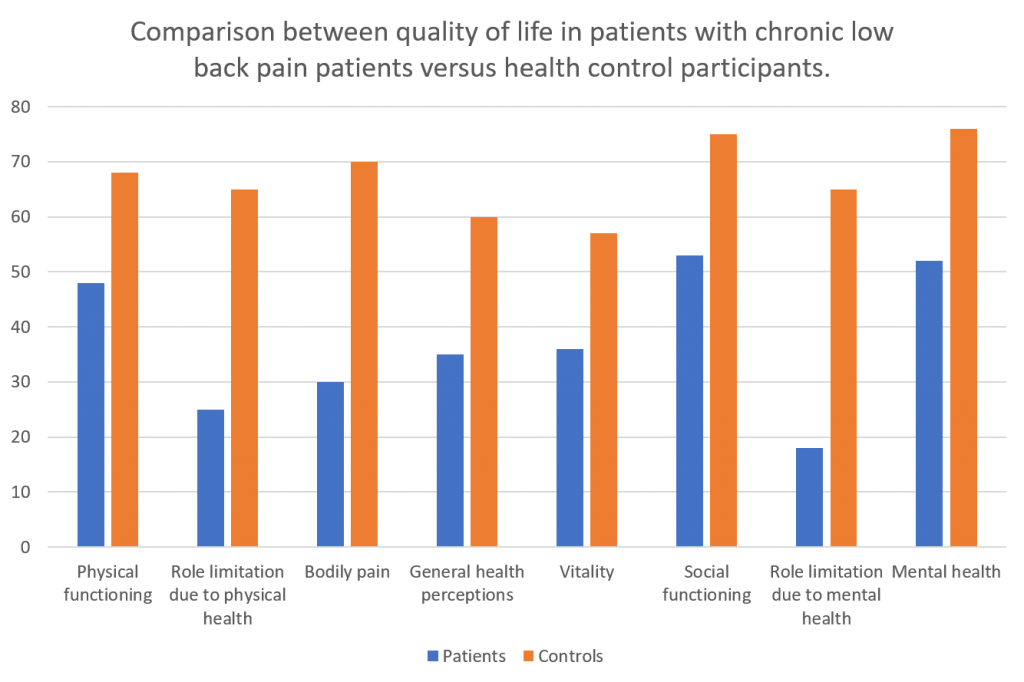