Buckwheat is a nutritious, gluten-free plant source of nutrients and phytonutrients with many health benefits supported by centuries of therapeutic use. Despite its name, it is completely unrelated to wheat.

Common buckwheat, or Fagopyrum esculentum, is an annual herb with small pink and white flowers and edible seeds, and it grows primarily in the Northern Hemisphere. Originally from Asia, most of the buckwheat grown and exported around the world comes from Russia and China. While buckwheat is typically consumed as dehulled buckwheat seeds in present day, the entire buckwheat plant has a long tradition of medicinal use in traditional remedies.1 Buckwheat is also gluten-free and unrelated to wheat.

According to Traditional Chinese Medicine, buckwheat seeds invigorate the spleen and eliminate “food stagnation,” or slow digestion. In Korean traditional medicine, buckwheat is used therapeutically to promote detoxification, reduce inflammation, and reduce fevers. In the British Herbal Pharmacopoeia, buckwheat is listed as an anti-hemorrhagic and hypotensive drug.2 Traditionally, buckwheat leaves were used for ulcers and applied to wounds topically. The cooked leaves were used as a remedy for constipation.3

While buckwheat may resemble wheat and other grains, common buckwheat is naturally gluten-free and completely unrelated to wheat, despite its name. Its blend of naturally occurring nutrients makes it an excellent choice for those looking for gluten-free options. Recent research has found that buckwheat may have specific benefits as an alternative grain for those with non-celiac gluten sensitivity, finding that study participants experienced a significant decrease in inflammatory markers, as well as reduced abdominal pain and bloating when they switched to a buckwheat-based gluten-free diet from a gluten free diet not based on buckwheat.4

Buckwheat has an impressive nutritional profile high in essential amino acids and key vitamins and minerals, including magnesium, manganese, potassium, phosphorus, zinc, copper, and calcium. Buckwheat is also an excellent source of fiber and B vitamins.

In addition to its highly nutritious slew of vitamins and minerals, buckwheat is high in health-promoting phytonutrient phenols, including tannins and flavonoids, such as quercetin and rutin.1-3 Sprouted buckwheat contains levels of rutin and quercetin 10 times higher than non-sprouted buckwheat. Gamma aminobutyric acid (GABA), also found in buckwheat, has recently been found to reduce blood pressure and inhibit angiotensin-1 converting enzyme (ACE) activity.1

The potential health benefits of buckwheat are vast, and individuals who follow balanced diets that include buckwheat have been found to have significantly lower risk of cardiovascular disease, obesity, and type 2 diabetes.

Rutin is one of the phytonutrients found in raw buckwheat, and it protects against free radicals and inhibits lipid peroxidation. Rutin also protects against free radical-induced DNA damage, which may have cancer protective benefits.2 Buckwheat has been found to be higher in antioxidant activity than barley, oats, wheat and rye. Animals fed a buckwheat-enriched diet showed an increased activity in antioxidant enzymes, such as superoxide dismutase and glutathione peroxidase.1

Eating common buckwheat in place of other gluten-free grains has been found to significantly reduce circulating levels of pro-inflammatory cytokines, such as interferon gamma and monocyte chemotactic protein-1 in human participants with non-celiac gluten sensitivity.4  In animal models, buckwheat sprout extract has been found to reduce inflammation by down-regulating tumor necrosis factor α (TNF-alpha) and interleukin IL-6.2

Epidemiological research has found that including buckwheat in the diet can lower post-prandial blood sugar concentrations and reduce the overall prevalence of type 2 diabetes.1-2 Furthermore, consumption may increase satiety by influencing post-prandial satiety hormones.1

In addition to the protective benefits of reducing overall inflammation and the protective effects of its antioxidant compounds, buckwheat extract has been found to inhibit tumor cell proliferation and may induce apoptosis, or programmed cell death in mice. In humans, consumption is associated with a reduced risk for lung cancer.2

A small randomized, crossover trial found that participants experiencing symptoms of non-celiac gluten sensitivity reported significant improvement in symptoms such as abdominal pain, bloating, and abdominal “heaviness” when they switched their current gluten free diet for a buckwheat-based gluten free diet. Symptoms resumed in severity when patients resumed their normal gluten free diet, suggesting that it may improve digestive symptoms in those with non-celiac gluten sensitivity. In addition, the fiber in buckwheat acts as a prebiotic in the digestive tract, supporting digestive health.1

Buckwheat has been found to increase circulating levels of glutathione, an important detoxification molecule.1 Sprouted buckwheat extract was found to protect animals against fatty liver when fed a high fat diet.2

Both emerging research and traditional medicine support its inclusion in the diet for its nutrient profile and potential health benefits. 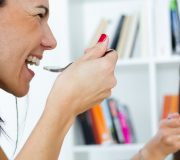 Introduction to Probiotics and Prebiotics

The bacteria in the gut, also known as the gut microbiome, plays an important role in our health beyond digestive function. The metabolome of the microbiome is a collection of small-molecule chemicals, including amino acids, enzymes, co-factors, and more produced by and... 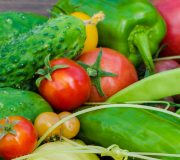 The human body is exposed to many metabolic toxins on a daily basis, which put pressure on the body's natural metabolic detoxification capacity.

Exercise and gut conditions have long been connected, and an estimated 20 to 50 percent of athletes suffer from gastrointestinal...