Optimizing brain health and cognition includes balancing three key areas: nutrition, building new cells, and breaking down old connections. While the average person does not have direct, conscious control over how the brain creates new and retires old, the diet is a key tool in maintaining whole-body health, including cognition. Nutrition plays a major role in both physical health and mental health, a role that is particularly evident in the context of the brain. Supporting brain function may include memory, attention, concentration, and energy levels.

The brain is the body’s center of communication, and with proper access to oxygen, the brain is best positioned to function optimally. The amount of oxygen in the brain, and in the entire body, is dependent on breathing rates, blood circulation, and a protein in blood called hemoglobin – which is responsible for carrying oxygen throughout the body. Lifestyle habits like physical activity can increase oxygenation in the body; additionally, taking deep breaths, meditating, and potentially being around plants on a regular basis can help improve oxygen levels in the body and in the brain.1

Glucose is the primary and preferred energy source in the body, and it is important for the brain in particular because it influences memory, concentration, and energy levels. Steady, consistent delivery rates for glucose paired with healthy circulation are among the best conditions for brain function.

Lactate is another key metabolite important for brain health and cognition. Secondary to glucose, the brain can use lactate as an energy source to fuel brain metabolism, and it may also act as a signaling molecule in the brain.4 Lactate is formed from the breakdown of lactic acid, which is a byproduct of anaerobic metabolism – the production of energy in the absence of oxygen. From this breakdown, lactate is recycled for energy. Red blood cells produce lactic acid through anaerobic metabolism because they lack mitochondria and thus access to aerobic metabolism. Muscle cells, which have mitochondria, utilize both aerobic and anaerobic pathways of metabolism, being able to produce energy when oxygen is not readily available – such as during short, high intensity bursts of physical activity. Muscles generate the greatest amount of lactate, and the brain is one of a few organs that use it as fuel, along with the heart and the liver.4

Circulation is another vital component of brain health and cognition – essential for the delivery of fuel to the brain. The brain doesn’t store oxygen and fuel like other body organs do, so keeping the flow of blood to the brain is a critical, 24/7 job. The adult brain uses 20 to 25 percent of the calories consumed through food in the diet for regular function (more so in children and at birth), so it is imperative that those nutrients are circulated and delivered on a regular schedule for optimal brain performance. Gingko (Ginkgo biloba) is a medicinal herb shown to increase blood flow velocity in small blood vessels, including those in the brain, as well as stabilize mitochondria.

The Brain: Always Under Construction

The brain is constantly growing and changing. Every day, the brain adapts to learning new information, skills, and language as well as creating and storing memories. It does this by growing new neurons and microglia in addition to synaptic pruning, the targeted process of recycling functional synapses to promote overall brain health. This is similar to pruning older leaves and blooms from a plant to help the new buds grow. Experts estimate that as many as 86 billion neurons reside in the brain, each with countless connections to other neurons.5

The brain also undergoes construction through nerve growth factors (NGF), made by all nerves.6 NGFs have been shown to be helpful when addressing neuropathies, traumatic brain injury, and multiple sclerosis.7 Brain-derived neurotrophic factor (BDNF) is another brain factor that is vital for neuroplasticity and is associated with anti-inflammatory activity.8 BDNF has also been shown to help with anxiety and depression due to its anti-inflammatory properties.9

NGF and BDNF Support in the Diet

A handful of plants common in the diet as well as individual vitamins and minerals have been identified as supportive of brain function by promoting both NGF and BDNF.

Other herbs, vitamins, and foods shown to improve BDNF function:

BDNF levels may be suboptimal as a result of lifestyle choices and conditions such as a poor diet high in both sugar and fat, obesity, insulin resistance, excessive consumption of calories, poor sleep, stress, and smoking.14 Other herbs and nutrients shown to protect BDNF levels:

Maintaining a healthy, active lifestyle is essential for the body’s muscles, bones, organs, and especially the brain. Support the brain and the body daily by consuming a variety of fruits, vegetables, whole grains, herbs, and lean proteins, in addition to daily movement and mindful habits. 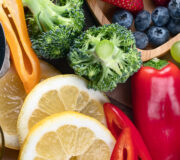 Minerals are vital cofactors for many reactions and have diverse functions throughout the cells in the body. Altered metabolism of micronutrients due... 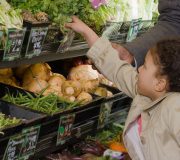 The Importance of Liver Health

The liver has a role in carbohydrate metabolism, blood glucose balance, and lipoprotein synthesis and metabolism. Maintaining a healthy liver reduces... 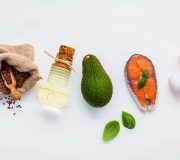 Association of Specific Dietary Fats with Total and Cause-Specific Mortality

What makes up a healthy diet for the average person? The view of fat, carbohydrates, and sugar has changed throughout the years.