Vitamin D enjoys its place in the sun (pun intended), with troves of research emerging over the last several years finding a wide range of potential benefits for those who maintain optimal levels. At the same time, deficient and suboptimal vitamin D levels are extremely common and have been linked with metabolic dysfunction and common chronic illnesses.

Together, the data became so compelling that the recommended daily allowance (RDA) for vitamin D was set in 2010 at 600 International Units (I.U.) per day for children and adults and 800 I.U. per day for individuals over 70 years of age. The previous adequate intake (AI) recommendations were set at 400 I.U. per day. Despite the increased recommended dose, many experts argue that the RDA is still set too low to sustain adequate circulating blood levels of vitamin D.

In addition, ongoing discussions among researchers and health professionals continue to determine whether blood values currently considered within the normal range for vitamin D should actually be increased as well. With research findings continuing to emerge about the importance of this vitamin, it is a good time to get an update on what is known about vitamin D and its many potential health benefits.

Vitamin D is produced naturally by keratinocytes in the skin’s epidermal layer upon exposure to ultraviolet radiation from the sun. Small amounts can also be found in fatty fish, pasture raised egg yolks, liver, and fortified foods, like milk.

There are two different forms of vitamin D: vitamin D2 (ergocalciferol) and D3 (cholecalciferol). Skin produces D3, which is the form found naturally in animal foods. Vitamin D2 is found in some plants, but it is generally produced for supplements by irradiating yeast. Both D3 and D2 are available as dietary supplements. In general, vitamin D3 is animal-derived, and vitamin D2 is sourced from yeast. However, lichen is a vegan source of vitamin D3 – quite rare in the plant kingdom.1

Despite the existence of food sources of vitamin D, it can be virtually impossible to maintain adequate serum levels of vitamin D through diet alone because these foods contain very small amounts of vitamin D. For those living at or below the latitudinal line between Atlanta and Los Angeles, it may be possible to maintain adequate vitamin D levels from sun exposure throughout the year. However, for anyone living north of that line, ultraviolet (UV) sunlight is only strong enough to trigger vitamin D synthesis mid-day during the summer months.2 This is why supplementation is an important part of maintaining adequate vitamin D levels throughout the year.

Because getting adequate vitamin D from the sun isn’t always feasible, and food sources of vitamin D are insufficient to maintain adequate levels, serum vitamin D levels tend to be quite low even among otherwise well-nourished people. In fact, low levels of vitamin D is very common in developed countries, including the United States and Canada. It is important to note that a vitamin D insufficiency differs from overt vitamin D deficiency. Vitamin D deficiencies, once common, typically manifest as rickets or osteomalacia, with levels well below the established normal range.

Thankfully these deficiency diseases are rare in modern times, in part due to fortification programs started in the 1930s, which added vitamin D to milk. By contrast, vitamin D insufficiencies refer to lab values that are either below the normal range but high enough to stave off deficiency diseases, or within the low end of the “normal” established range yet not high enough to confer protective benefits.1 This is increasingly relevant because suboptimal blood levels of vitamin D are associated with a wide range of maladies.

In the body, both vitamin D3 and D2 are converted to 25-hydroxy vitamin D [25(OH)D] in the liver, which is then converted by the kidneys to the biologically active form of vitamin D, 1,25-dihydroxyvitamin D [1,25(OH)2D], also known as calcitriol. Calcitriol acts on the duodenum to increase calcium absorption, and it is regulated by parathyroid hormone, serum calcium, and phosphorus levels. These signaling actions are why vitamin D is actually considered more of a hormone than a true vitamin, and its mechanisms appear to extend far and beyond that of calcium balance.1 While some practitioners measure both forms of vitamin D, most experts agree that vitamin D status is best assessed by measuring the 25-hydroxy form of vitamin D, because it has a longer half-life and better reflects the body’s vitamin D supply.1

Properly measuring vitamin D status is important, as many studies have found increased risk for many conditions with low vitamin D levels as compared to higher vitamin D levels, and some studies have linked vitamin D supplementation with improved outcomes. However, this data is mixed, arguably because the vitamin D dosing for many of these studies has been quite low, which likely contributes to inconsistent findings.4 Emerging research continues to reinforce that the actions of vitamin D in the body extend far beyond that of bone health to include a wide range of potential benefits to the cardiovascular system, immune system, and even cognition and brain health. These body-wide functions can be explained by how vitamin D functions in the body.

Calcitriol primarily functions as a steroid hormone rather than a true hormone. The active form of vitamin D interacts with receptors on cell membranes and nuclei, called nuclear vitamin D receptors (VDR), to trigger gene transcription in many different types of tissues. Interestingly, more than 50 genes are regulated by vitamin D, most of which are unrelated to calcium metabolism. In fact VDRs are known to be in the gastrointestinal tract, brain, breast, nerves and many tissues other than bone. Caclitriol plays an important role in immune system function, and the differentiation, proliferation and growth of skin cells, muscle cells, pancreatic cells, nerve tissue and parathyroid gland tissue. Vitamin D has also been found to reduce inflammation and insulin resistance.5

Despite the need for more research using higher supplemental doses, optimal vitamin D levels appear to have a wide range of benefit throughout the body. Some of the more significant research falls into four main areas: immune function, cardiovascular health, brain health, and healthy aging.

In the last decade, research has found that vitamin D plays a major role in immune health, with effects ranging from staving off colds to reducing the risk for certain cancers and autoimmune diseases. Taking vitamin D3 supplements and maintaining adequate vitamin D levels may reduce the risk for contracting colds and seasonal influenza, including upper respiratory infections.2,6 Vitamin D may offer immune balancing benefits, as higher vitamin D levels are inversely related to risk for developing autoimmune conditions and certain cancers, including breast, colorectal, ovarian, renal, pancreatic, and aggressive prostate cancers.5 While the exact mechanisms are still being explored, it appears that exposure to an infection stimulates macrophage cell activity, which up-regulates the expression of local VDRs. Upregulation of VDR in turn stimulates circulation of calcitriol, which is known to have anti-cancer effects, including decreasing cell proliferation, angiogenesis and metastasis, and increasing apoptosis.2,7

Vitamin D research is revealing how critical the nutrient is to the brain and cognitive function. Research shows that vitamin D activates receptors in areas of the brain that regulate behavior and neurotrophin release, plus it improves metabolic and vascular function in the brain by offering protection from inflammation and vascular injury.8 Low vitamin D levels are associated with an increased risk for both major and minor depression, schizophrenia, mood disorders, and accelerated cognitive decline. Low vitamin D levels are also associated with seasonal affective disorder (SAD), and vitamin D supplementation may improve symptoms of SAD.9

The importance of maintaining optimal levels of 25-hydroxy vitamin D may be particularly important among seniors and aging adults, and recent findings have called into question the adequacy of what is considered normal levels. Because the capacity to produce vitamin D diminishes with age, seniors are at greater risk for vitamin D deficiency, especially if they spend less time outside.10 Several studies found lower mortality rates among adults and seniors with higher circulating 25-hydroxy vitamin D levels. In one NHANES study, seniors with 25-hydroxy vitamin D levels greater than 40 ng/mL had a 45 percent lower risk of death when compared to those with levels less than 10 ng/mL.1

A major risk factor facing seniors is sarcopenia, or age related muscle wasting, and vitamin D status may play an important role. Vitamin D is important for muscle strength and physical performance, though the exact mechanism remains unknown. Researchers have found that vitamin D baseline status may actually be the most critical factor in treating sarcopenia nutritionally. Nutritional strategies to improve sarcopenia include supplementation with key amino acids, such as leucine. However research has found these strategies to be more effective when vitamin D is also supplemented, as vitamin D may act synergistically with leucine and insulin to stimulate muscle growth. Sufficient vitamin D levels, defined by some researchers as 30-40 ng/mL, may be required to increase muscle mass among seniors. This suggests that the current threshold for “normal” 25-hydroxy vitamin D levels may be insufficient for adults with sarcopenia.11

With the wealth of information underscoring the importance of this steroid-vitamin, it’s easy to see why vitamin D has become one of the most talked-about nutrients over the last decade. Because of its wide range of potential health benefits across different systems of the body, it is certainly a vitamin worth keeping up on.

Low vitamin D levels are associated with increased risk for:2,11

High vitamin D concentrations are associated with a decreased risk for:2

Vitamin D supplementation is associated with:2, 11-12 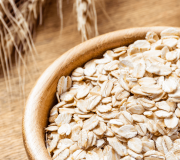 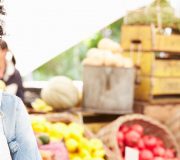 Superfoods are comprised of fiber, minerals, protein, phytonutrients, and vitamins that have been associated with improvement in health. Consuming... 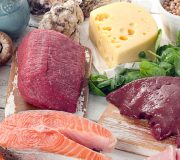 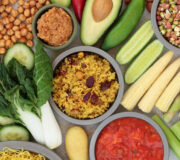 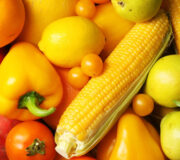