Chronic Inflammatory Response Syndrome and the Lyme patient is probably one of the most important public- health and medical topics.

Dr. Heyman: At its core CIRS is a very special kind of inflammation, one that we do not normally measure in conventional medicine. These are inflammatory markers that are elevated in the setting of what we typically term biotoxic exposure. Usually, that means it is an organism of some sort that has triggered this inflammatory process. So, the inflammation itself is very unique but also very harmful to the patient. To know if this inflammation is there, you test for a special set of markers, to be able to measure it. With that being said, Lyme and tick-borne illnesses, more broadly, are just one group of biotoxic exposures that can trigger this inflammation. It turns out that there are probably 30 to 40 biotoxins humans can encounter that initiate this inflammation. What that means then, is that not every patient that presents with symptoms that look like Lyme have Lyme. So, for example, one of the great masqueraders for Lyme disease is mold exposure; so when you have a water-damaged building and people are sensitive to that mold, it is triggering the same inflammation. They have the same set of symptoms.

The reason why this is, in my mind, a public health issue is that not everybody with Lyme, not everybody that encounters mold, not everybody who is exposed to one of these 30 or 40 biotoxins will become significantly sick from the exposure. It’s about 20% of the population that has inherited gene sequences that make them vulnerable. That’s not an insignificant portion of the population; up to 40 million individuals have a vulnerability in this regard. These people have varying degrees of illness: fatigue, headaches, memory loss, depression, anxiety, sleeplessness, weight gain, hormonal imbalances, digestive complaints—the list is really long. But if you think about it, this is the same list that I might see as a family physician in a primary-care practice. So, unless we ask the questions—sure, the symptoms of fatigue and weight gain and headaches are present, but is this from a biotoxic exposure? It might not be Lyme, it could be something else.

What unifies them is this inflammation that is underneath and generates these symptoms that cause so much misery. That has been a real revelation for me as a practitioner, because I never realized how common this inflammatory event is and how complicated it can be. If you are trying to understand what the exposure is, you have a lot of choices. In addition to that, the types of markers of inflammation are not standard; so you have to know which ones to draw.

Over time, this inflammation can damage various organs in the body—in particular the brain. A variety of published studies demonstrate that people essentially end up with brain injury because of this inflammation. No wonder there is so much fatigue and brain fog and memory loss and mood problems when you have this kind of inflammation. The brain literally changes over time. Another great insight is that once this inflammation is initiated there are a variety of genes that turn on like light switches—hundreds of them that won’t turn off on their own, even if you remove the exposure. So, let’s say we give a patient who is in the sensitive 20% an antibiotic, they still will remain inflamed. They still will have this underlying, ongoing genetic activity that tells the body, “Keep making inflammation. Keep staying sick.” So, even when you think you have got it right in terms of a diagnosis, you can treat someone who does not get better. It can be because their body remains inflamed and does not know how to turn off. They might also be dealing with the organ-based consequences of the illness, especially the brain-related changes.

So when I talk to my patients, I say, “We’ve got to do three things: we’ve got to deal with the exposure if it’s still around, we’ve got to turn off this inflammation, and we have to heal the damage.” Those three pillars must be addressed to get people better. It cannot be just one, it has got to be all of them. This is what I will be lecturing on: all the details of how to do the assessment, what labs to draw, how to measure the brain-related changes, and of course, how to treat this entity in patients—which is not easy to do. It is pretty complicated, but it is do-able. We have shown in our research that all of this is even reversible. We can cure these patients with a very strict set of interventions in a certain order.

The relationship between nutrition and medicine plays a prominent role in your practice. Would that be a fair statement?

Dr. Heyman: That is correct. Nutrition, in all of its forms, whether dietary interventions or the role of dietary supplements and nutritional products, is central to this process. In fact, I could not repair these people and get them back to health if I did not have access to the full tool kit of natural products and nutritional approaches. If I only had access to my prescription pad, I would be a miserable failure when it comes to Lyme disease and other, related biotoxic exposures. It is not possible to get these people back to health with just pharmaceuticals. You have got to reach into the natural tool kit.

What about being able to pull that nutrition out of their food sources solely? Do you think that’s possible?

Dr. Heyman: In this condition, it would not necessarily just respond to food. Food alone, while central, is not sufficient to correct the underlying metabolic inflammatory and genomic disturbances that accrue in this illness.

What is the takeaway for the people who hear your presentation?

Dr. Heyman: To appreciate, number one, how common this illness is and, number two, I certainly do not expect them to become experts in treating it from a single lecture. Instead, as a practitioner, if nothing else they can be better equipped to identify when a patient who has CIRS Chronic Inflammatory Response Syndrome shows up in their practice and they can do some quick, simple assessments to confirm that. Even if they don’t feel comfortable treating the patient, at least they have been able to identify the cause. To me, I would feel very successful if they are able to get at least that far, with respect to the lecture that I will be offering. 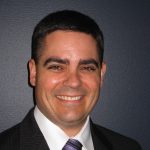 Andrew Heyman, MD MHSA, is an internationally recognized expert in integrative medicine. He is currently the program director of Integrative and Metabolic Medicine at The George Washington University. Prior to assuming this role, he spent 16 years at the University of Michigan, serving to build one of the largest and most successful academic-based integrative medicine programs in the United States. He also serves as cochair for medical education at the Metabolic Medical Institute, which trains professionals in integrative, metabolic and functional medicine. Dr. Heyman received a masters in health services administration at the University of Michigan School of Public Health and administered the University of Michigan Complementary and Alternative Medicine Research Center where he was responsible for a $7 million NIH grant to research alternative therapies for cardiovascular diseases. His research interests include neuroInflammation and biotoxic exposures, the stress response and neuroendocrinology, cardiometabolic disease, men’s health, and clinical-outcomes research.