Nutrition plays an essential role in supporting the immune system by providing direct and indirect factors for the complex immune response.1-2 Without good nutrition, the weakened host would be potentially subject to more infections from pathogenic organisms. Research has documented that there are many nutrients that impact the ability of the immune system to mount an effective response. In addition, there are interdependent nutrient interactions that drive the immune response positively or negatively.3

Tolerance, inflammatory control, and responses to normal mucosal bacteria are interrelated and linked to specific immune mechanisms. Some nutrients act as antioxidants and cofactors at the level of cytokine regulation. Chronic undernutrition, including insufficient intake of energy, and micronutrient deficiencies compromise the cytokine response and affect immune cell trafficking. Undernutrition combined with infection creates even greater challenges to the immune system leading to altered immune responses and cellular populations, and an increase in inflammatory mediators. While many clinicians do not see much frank nutrient deficiency, research has clearly shown that the immune system can be significantly impacted by nutrient deficits.

Antioxidants are needed to protect tissue from damage due to the production of free radicals during the inflammatory process. The need for antioxidants is essential for either acute or chronic inflammation.4-5 A balance between reactive oxygen species formation, free radical production, and endogenous antioxidant defense mechanisms is needed to avoid tissue damage to DNA, proteins, and membrane lipids.

In addition to the traditional antioxidants found in the diet such as vitamin E and vitamin C, carotenoids (lycopene and beta-carotene), plant polyphenols, and resveratrol, there are less well known antioxidants.6-7 Gallic acid (3,4,5-trihydroxybenzoic acid) is a powerful phenolic antioxidant naturally found in foods and herbs. Gallic acid inhibits mast cell-derived inflammatory allergic reactions by blocking histamine release and pro-inflammatory cytokine expression.8 Gallic acid is present in most plants and exhibits bioactivity as an antioxidant, antimicrobial, anti-inflammatory, neuroprotective, and anti-cancer agent.9-10

Plant-derived phenolic compounds have been shown to inhibit the initiation and progression of cancers by modulating genes regulating key physiologic processes, such as oncogenic transformation of normal cells, growth and development of tumors, and angiogenesis, and metastasis. Pre-clinical research with plant-derived phenolic compounds on cancer cell death have shown down-regulation of transcription factors NF-κB and NRF2 (nuclear factor erythroid-2 related factor), which regulate the expression of antioxidant proteins that protect against oxidative damage triggered by injury and inflammation.

A meta-analysis and systematic review indicated that dietary magnesium intake is inversely associated with serum C-reactive protein levels.12-13 The authors indicated that the potential beneficial effect of magnesium intake on chronic diseases may be, at least in part, explained by inhibiting inflammation. Researchers have also reported that higher intakes of magnesium are associated with lower risk of metabolic syndrome.14 The best sources of magnesium from the diet are legumes, nuts, seeds, fish, and whole grains.15

Amino Acids May be Essential in Cellular Immunity

Amino acids are the building blocks of all protein. A diet that contains the essential amino acids is necessary for life. Data from the third National Health and Examination Survey (NHANES), a US National Survey, indicated that higher intakes of the amino acid arginine were associated with lower levels of c-reactive protein.16 The authors suggested that individuals may be able to lower their risk for cardiovascular disease by consuming more arginine-rich foods such as nuts and fish. During severe metabolic stress, including sepsis and surgery, another amino acid, glutamine, is typically depleted from muscle stores and is considered to be “conditionally essential” in these conditions.17 Additionally, glutamine has an important role in cell-mediated immunity and maintains the integrity of the intestinal mucosa.18 Protein-rich foods like beef, chicken fish, dairy products, beans, and many other foods are good food sources of glutamine. Recently, glutamine was reported to inhibit micro RNA-23 in animals, thereby protecting myocardial function from ischemia/reperfusion injury.19

The role of dietary omega-3 fatty acids eicosapentaenoic acid (EPA, 20:5n3), docosapentaenoic acid (DPA, 22:5n3), docosahexaenoic acid (DHA, 22:6n3), and their oxygenated derivatives are emerging as key factors in the active and sequential resolution of inflammation and physiological repair of tissues. Dietary EPA and DHA have been recognized as important modulators of the inflammatory process by shifting the cyclooxygenase-stimulated production of prostaglandins, thromboxanes, and leukotrienes from arachidonic acid (AA, 20:4n6) cell-signaling intermediates to the less-inflammatory omega-3 intermediates.

However, the understanding of genetic, molecular, and cellular mechanisms has led to a new paradigm of science called resolution pharmacology. Research has identified a superfamily of unique stereospecific mediators of inflammation resolution named resolvins or specialized pro-resolving mediators. The resolvins derived from EPA (E-series; RvE1, 2, 3), DHA (D-series;RvD1, 2, 3, 4), and AA (lipoxins; LX) have been shown in numerous pre-clinical settings to not only orchestrate the self-limiting inflammatory process, but also support repair of tissue affected by inflammation.20-22 There are other important mediators as well:

All of these mediators collectively share fundamental properties to terminate the initial inflammatory reaction and organize the “cleaning phase” within the affected tissue in an effort to return to homeostasis.20

The bioactivity identified with the formation of resolving mediators includes the inhibition of granulocyte trafficking, removal of monocytes, promotion of granulocyte cell death (apoptosis), augmentation of phagocytosis and subsequent clearance of cellular debris, and the activation of macrophage class switching (M1 to M2), resulting in a macrophage that can repair physiology and also promote tissue regeneration and repair.20,22

However, side effects of many of the therapeutic anti-inflammatory approaches may lead to negative consequences such as immunosuppression, toxicity to tissues, and compensation by the body leading to tolerance of the therapy and reduced effectiveness. A pro-resolving strategy with pro-resolving molecules may be the desired therapeutic approach of the future, and would deliver actions already “optimized” by nature.20 There are many therapeutic agents that are in various stages of research using the pro-resolving therapeutic approach for a variety of health conditions including type 2 diabetes, dry eye syndrome, gingival inflammation, and pain receptivity via D series resolving receptors in patients with osteoarthritis pain.23-24

There is evidence that lymph nodes produce 17-DHEA, which enhances antibody production. In addition, other D series resolvins have been characterized in other lymphoid tissues in mice such as the spleen. These observations suggest that the pro-resolving mediators, in addition to returning tissue to homeostasis, may also play a positive role in supporting acquired immunity.25-26

The aging process dysregulates D and E series resolvin activity in modulating cardiosplenic and cardiorenal function following myocardial infarction in experimental animals.27-29 Resolvin dysregulation may also be a factor in age-associated neurodegenerative conditions such as Alzheimer’s disease.30 As the formation of resolvins from dietary precursors is reduced with aging, this may signal the need for a direct supplement of resolvins to support dietary intake.

Nucleotides are the building blocks of DNA and RNA and play key roles in many biological processes. They serve as nucleic acid precursors, physiological mediators, components of coenzymes, and sources of cellular energy.31 A nucleotide consists of a base of either cytosine, thymine, or uridine (known as pyrimidines) or adenine and guanine (known as purines), plus a molecule of pentose sugar and one or more phosphate groups.

Sources of nucleotides include de novo synthesis, recovery via salvage mechanisms, and dietary intake of normal foods, particularly meats. Nucleotides, found in normal diets, have been determined to be required for normal immune competence, intestinal development, and recovery. They may be considered “conditionally essential” in periods of rapid growth, or in the presence of regulatory or developmental factors, which interfere with full expression of the endogenous synthetic capacity.31-34 In adults fed enteral diets containing nucleotides, immune function was improved compared to a nucleotide-free diet. In addition, post-operative cancer patients fed a nucleotide formula had reduced infectious complications and reduced length of hospital stay compared to the nucleotide free diet.35

Rapidly proliferating tissues, such as in the immune system or the intestine, may not be able to fulfill the needs for cell nucleotides exclusively by de novo synthesis. When demand exceeds the ability of the body to synthesize nucleotides, the tissues can utilize the salvage pathway recovering nucleosides and nucleobases from blood and diet, and then make additional nucleotides.36 Dietary nucleotides influence lymphocyte maturation, activation, and proliferation, and affect the lymphocyte population in both the small intestine and blood. Additionally, nucleotides are involved in support of the innate immune response by enhancing macrophage phagocytosis and delayed hypersensitivity as well as allograft and tumor responses. 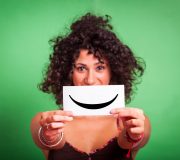 The Mechanisms of Inflammatory Pain

There are three general phases associated with the experience of pain: nociception, pain perception, and the consequences of pain, like suffering.

In addition to appropriate physical activity to slow progression of sarcopenia, doctors also suggest that adequate nutrition can be beneficial.