The distinction between antigen and pathogen is subtle, but key to understanding the dynamic interplay between the innate and acquired immune system.

The distinction between an antigen and a pathogen is subtle, but key to understanding the dynamic interplay between the innate and acquired immune responses. A pathogen is a microbe that can cause sickness, and includes1:

An antigen is a component of a pathogen, such as cell a surface marker comprised of proteins and complex carbohydrates, that is identified by macrophages of the innate immune response as “foreign” to the body.

The macrophage engulfs and digests the antigen components and then displays these foreign fragments on its cell surface. Then defined as an antigen presenting cell, the macrophage interacts with circulating helper T cells of the acquired immune response to engage further immunoprotection through interleukin signaling, forming cytotoxic T and B cells. When B cells become activated by helper T cells, they differentiate into plasma cells which can rapidly form and circulate in the blood stream with antibodies that can bind to the antigens originally engaged by the macrophage.

However, some of the activated B cells become memory B cells which enable a faster and more robust response to a subsequent exposure of the same pathogen.2 Understanding the biomolecular recognition and activation process, involving the innate and acquired immune responses, will ultimately lead to better and more effective approaches to enhanced immune protection.3

An example of a common bacterial pathogen is Streptococcus, which causes strep throat. The common cold, influenza, and chicken pox are examples of infections caused by viruses. Protozoa and fungi can also cause devastating illness in susceptible individuals. Malaria, a life-threatening illness, is an infection of the red blood cells due to a single cell protozoan, delivered typically by infected mosquitoes. A common yeast infection is due to the infection and overgrowth of fungi called Candida albicans.1

Lyme disease is an infection by the bacteria Borrelia burgdorferi, typically transmitted by the Ixodes tick, also referred to as deer ticks or black legged ticks. The ticks are typically found in wooded and grassy areas. Lyme disease is found throughout the United States and can be found in over 60 other countries.4 The Centers for Disease Control and Prevention (CDC) estimates that 300,000 people of all ages in the United States are diagnosed with Lyme disease every year. However, the diagnosis of Lyme disease can be a very difficult process.5

Lyme disease symptoms are highly diverse and appear to mimic many other possible illnesses. Typical symptoms of Lyme disease include fever, headache, fatigue, and a characteristic rash called erythema migrans.5-6 Treatment is usually managed in the early stages with antibiotics (doxycycline, amoxicillin, cefuroxime axetil). However, if left untreated, the infection can spread to multiple tissues and organs including joints, the heart, and the nervous system, and can require intravenous administration of antibiotics (ceftriaxone or penicillin). As the infection spreads, the ability to manage the symptoms and consequences becomes more complicated.

There are two major classes of major histocompatiblity complex (MHC) proteins that interact with cells of the innate immune response: MHC I and MHC II. In both classes of MHC, proteins bind peptides which can then present at the cell surface to a T cell to promote an immune response. MHC class I molecules present peptides to the surface of CD8+ cells, whereas MHC II present peptides to CD4+ cells.7 T cells only recognize antigens as complexes with MHC molecules. It is important to recognize that MHC class I and MHC class II proteins are specialized to present different types of antigens, thereby eliciting different responses. 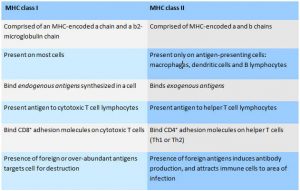 MHC class I glycoproteins are present on almost every cell in the body. Their role is to present endogenous or intracellular antigens that originate from cytoplasmic or nuclear origin via proteasome-mediated degradation of proteins that are at the end of their functional lives. The antigens for MHC class 1 are self-proteins and foreign proteins produced within the cells, such as viral proteins that take over the cell’s machinery in order to replicate the virus. When the foreign protein is degraded, the peptide fragments are transported to the endoplasmic reticulum, where they can bind to MHC I proteins prior to transport to the cell surface, via the Golgi apparatus of the cell. Once the peptide fragments from the foreign protein are localized to the cell surface, the membrane-bound MHC I protein displays the antigen for recognition by cytotoxic T cell lymphocytes. MHC I proteins bound with foreign protein on the cell surface are monitored by killer T cells as part of the surveillance system that identifies and destroys any cell with over-abundant or unfamiliar peptide antigens, such as malignant cells or those harboring viruses.

MHC class II glycoproteins are only present on specialized antigen-presenting immune cells, including macrophages, that engulf foreign particles such as bacteria, dendritic cells that present antigen to T cells, and B cells that produce antibodies. MHC class II proteins present exogenous antigens that originate extracellularly from foreign bodies such as bacteria. Upon encountering a pathogenic organism, proteins from the pathogen can be degraded into peptide fragments through phagocytosis by the antigen presenting cell, which then sequesters these fragments into the endosome, so they can then bind to MHC class II proteins before being transported to the cell surface. Once at the cell surface, the membrane-bound MHC class II protein displays the antigen for recognition by a different type of T cell, the helper T cell. The T helper cells are activated upon binding to macrophage or dendritic cell MHC class II antigen, causing the release of lymphokines that attract other cells to the infected area in an attempt to confine and destroy the antigenic material. Additionally, the binding of T helper cells to B cell MHC class II antigen stimulates the development of a clone of antibody-producing cells against the antigenic material.8

Human Leukocyte Antigen-antigen D Related (HLA-DR) is an MHC class II cell surface receptor encoded by the human leukocyte antigen complex on chromosome 6. The complex of HLA-DR and its ligand (a peptide of 9 amino acids in length or longer) constitutes a ligand for the CD4+T helper cell receptor. The primary function of HLA-DR is to present peptide antigens, potentially foreign in origin, to the immune system for the purpose of eliciting or suppressing T-helper cell responses that lead to the production of antibodies against the same peptide antigen. Antigen presenting cells (macrophages, B cells, and dendritic cells) are the cells in which DR are typically found. Increased abundance of the DR antigen on the cell surface is often in response to stimulation. The HLA-DR protein can be assayed as a marker for immune stimulation.9

Researchers have reported a strong association between the HLA class II encoded HLA-DRB (beta chain, which is the most prevalent beta subunit of HLA-DR) and several autoimmune diseases including rheumatoid arthritis, type 1 diabetes, Graves’ disease, ulcerative colitis, and Crohn’s disease.9-11 An unexpected finding was that Dicer expression (an enzyme of the RNase III endoribonuclease family required for the production of miRNA)  is altered by treatments with several agents such as interferons and cortisone, typically employed in the treatment of immune disorders.12 HLA antibodies can cause acute and chronic antibody mediated rejection and decreased graft survival, despite good matches, allografts, and solid organ transplantation.13 Collectively, the research suggests that alterations in the MHC HLA Complex due to epigenetic factors may lead to autoimmune reactions, that lead to chronic inflammation and chronic disease. 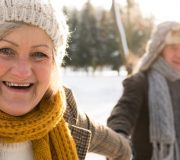 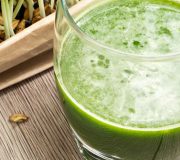