Farming and production methods fall into two major classes: conventional and organic. The term “organic” has a legal definition stipulating that “organic” can only appear on a food label if it meets certain standards set by the United States Department of Agriculture (USDA). In short, organic farming practices utilize prevention methods and natural substances while conventional farming relies on synthetic substances and genetic engineering.

Organic farming involves producing food by approved methods, including cultural, biological, and mechanical practices that promote cycling of resources, ecological balance, and biodiversity conservation.1 Organic farms also use methods that support the biodiversity and health of soil, as well use only limited amounts of USDA-approved pesticides that do not harm the health of humans or the environment.1 They build soil quality by adding compost, animal manures, and/or green manures, use cover crops to protect the soil from wind and water erosion, practice crop rotation to increase soil health and farm biodiversity, and manage pests, weeds, and diseases without prohibited synthetic substances.1 Organic farmers also often utilize buffer zones to protect their farms from erosion and unintended exposure to substances that may travel from nearby conventional farms, including pesticides and pollen from genetically modified organisms (GMOs).1

The standards for certified organic farms in the United States are rigorous. These standards dictate how farms may produce and grow crops, including substances that are allowed or prohibited. Organic farms must maintain detailed records of operations and substances used on the land and submit to annual on-site inspections.1 They also must be able to show that they protect natural resources and conserve biodiversity.1 Organic farms face serious penalties if they violate USDA organic regulations.1

Sustainable agriculture considers economic and social issues related to food production, but most of the focus has been on environmental practices.2 This has resulted in significant overlap between organic and sustainable farming methods including prohibiting or phasing out chemicals that pose health risks, protecting surrounding ecology, and preferentially using natural methods to prevent pests and control disease.2 Sustainable farming methods also take into account other issues such as the environmental impact of food packing, handling, and transportation, as well as workplace culture.2 One notable difference between organic and sustainable farming is that GMOs are not specifically prohibited as part of a sustainable strategy, although there is intense debate on the issue, whereas organic farming by definition does not allow genetically modified materials.2

Organic and sustainable farming requires significant oversight, planning, time, effort, and money, but it provides many benefits to the planet and consumers. And consumers are showing a clear demand for natural, organic products that help protect the environment. Between 2011 and 2019, certified organic cropland increased by 73 percent while certified operations increased by more than 80 percent.3 Researchers have been able to identify specific ways in which organic and sustainable farming benefits human health.

Under conventional farming practices, the soil becomes less productive and harvestable from the use of harsh chemicals, fertilizers, and pesticides with each year.4 If the soil is lacking nutrients, plants will also lack nutrients as it is impossible for them to accumulate more than the soil contains. As a result of modern, conventional farming techniques, the nutritional quality of fruits and vegetables has been declining for decades.5,6 Organic and sustainable farming on the other hand nurtures biodiversity in soil, including replenishing bacteria, fungi, minerals, and other organic matter and remains re-usable for future harvests and generations. The use of cover crops and natural substances avoids soil depletion commonly found in conventional farming and provides nutrients and microbes for the soil to use.

Because of the rich soil produced with organic and sustainable farming, there are more nutrients available for the plant to accumulate as it grows and matures. Organic crops have been found to contain higher levels of antioxidants (19 to 69 percent) including flavonols and anthocyanins, as well as increased levels of vitamin C, iron, and magnesium.7-9 The increased levels and potency of phytonutrients in organic crops may translate into decreased risk of diseases that have been related to phytonutrient action including cardiovascular disease, neurodegenerative diseases, and certain cancers.9

Consuming a diet full of organically and sustainably produced foods can help reduce toxic burden and enhance natural detoxification processes. In addition to the superior nutritional quality of plants grown organically, consumption of organic foods also significantly decreases exposure to pesticides or other environmental pollutants. In one study, conventionally grown crops had pesticide residue concentration that were more than four-fold higher than organic crops.9 While the body has mechanisms to detoxify potentially toxic compounds, it is possible for toxic burden to exceed the body’s natural ability to process and excrete them.10 Additionally, the superior nutritional value in plants like cruciferous vegetables can enhance and support the body’s natural detoxification processes. Cruciferous vegetables including broccoli, Brussels sprouts, and Spanish black radish contain glucosinolates, a type of phytonutrient, which can increase expression and activity of detoxification enzymes, enabling the body to better process toxins and excrete them.11-14 The increased concentrations of micronutrients can also support overall health as vitamins and minerals are essential cofactors that support nearly every major pathway in the body. 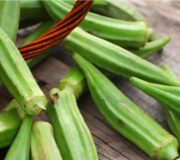 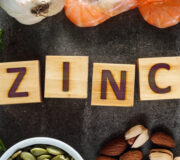 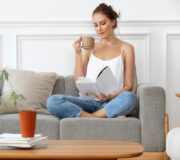