Introduction to the Microbiome

The human body plays host to close to 39 trillion bacteria cells, which are about a 1:1 ratio of human to bacterial cells. Bacteria can play multiple roles in human health, starting before birth and continuing throughout life.

What Is the Microbiome?

The human body plays host to close to 39 trillion bacteria cells, which are about a 1:1 ratio of human to bacterial cells.1 Bacteria can play multiple roles in human health, starting before birth and continuing throughout life.

The bacteria in the gut can be defined by one of three types: commensal, mutualistic, or pathogenic. Commensal bacteria, such as Escherichia coli strains, do not provide neither beneficial nor adverse effects on the host. Mutualistic bacteria, such as Lactobacillus spp, provide benefit to and from the host. Mutualistic bacteria produce short-chain fatty acids (SCFA) that further convert to butyrate. Butyrate can be stimulated by probiotics and prebiotics, which influence gut health, cardiovascular health, and other body systems.2 Pathogenic bacteria, such as Clostridium perfringens, causes harm to the host.3 These types of bacteria and other organisms make up the larger microbiome.

What is the Human Microbiome Project?

Many of these functions have not been adequately defined or understood. The Human Microbiome Project (HMP) and The National Microbiome Initiative (NMI) of The White House have helped to advance the science in this area. HMP is a comprehensive research resource through the National Institute of Health (NIH) whose mission is to research the human microbiome and its effects on health. This research is looking at the gastrointestinal tract and many other areas of the body including the skin, genitals, oral system, and other systems.

The ultimate goal is to determine if specific traits of a microbiome can lead to better understanding of certain conditions and diseases by creating a robust database of bacteria found in the human microbiome. There is not a specific healthy microbiome, but it is individualized to a person based on their exposure to diet, medications, environment, and toxins. The body of literature is growing to support evidence that specific bacteria have particular effects. Professor Rob Knight’s work on the HMP has helped raise this area of science to the next level, and his 2015 TED Talk is an informative introduction to the microbiome. 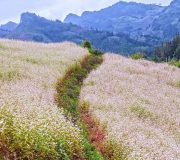 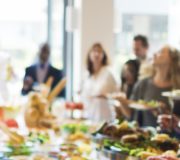 Diet rich in fibers improves bowel movement, and may expedite the elimination of toxins from the body. 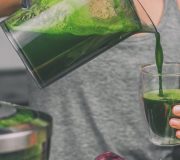