Leadership, Representation, and Education for Young Chiropractors of Color

In the third episode of the Nutrition Education and Racial Disparities in Health podcast, our guest is Micheala Edwards, DC, owner of E. Elite Wellness in the Kansas City Metro area and current national president of the American Black Chiropractic Association (ABCA).

We talk with Dr. Edwards about her journey and her introduction to chiropractic. Initially she was interested in personal and athletic training, and she first experienced chiropractic care through a friend while struggling with allergies. She worked in corporate America right before going to chiropractic school. During school, she joined the ABCA as a student and became a leader in her region as a national student representative, a position on the ABCA board of directors. Dr. Edwards later became communications chair, then national treasurer, national parliamentarian, vice president, and – currently – president of the ABCA.

Early on, Dr. Edwards began envisioning what the ABCA could do during her time in a potential leadership role, such as president. The ABCA is an important, supportive organization for chiropractic students and young practitioners of color; Dr. Edwards was the only Black person in her class and one of just eight women. The ABCA supports students and new graduates in many ways, including preparation for board exams, practical training for opening a new practice, and helping young chiropractors balance their time in the clinic and in the community for education and outreach. These are all potential obstacles with which Dr. Edwards has personally seen many practitioners of color struggle. Additionally, the ABCA partners with Evoke Chiropractic Coaching to offer trainings, clinics, shadowing opportunities, and other educational support to students and young practitioners.

When it comes to the role of nutrition education in chiropractic care, Dr. Edwards references the original premises of the art, science, and philosophy of the chiropractic profession and a famous quote from Thomas Edison: “The doctor of the future will give no medicine but will interest his patients in the care of the human frame, in diet and in the cause and prevention of disease.” ABCA has an active digital network for reaching members and generally interested individuals with education, including nutrition education.

Dr. Edwards works diligently with the members of ABCA to work towards the organization’s mission, “integrating and improving outcomes for persons of color entering the profession of Doctor of Chiropractic.” The ABCA does so in many ways, one important method being reaching out early, so young children of color can see people who look like them in chiropractic roles. 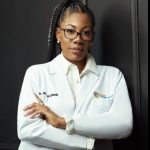 Dr. Micheala E. Edwards has a vast history in athletics including basketball and track and field. Excelling in the sport of track, she’s earned state championships in Missouri as a hurdler which in turn earned her a scholarship to run track for the University of Kansas. She would later complete her Bachelor’s in Exercise & Sport Studies from the University of Texas at Arlington in 1999. After 5 years of Personal Training in the Dallas metroplex, she relocated to the St. Louis, Missouri area to earn her Doctorate degree in Chiropractic from Logan University finishing in 2009. Micheala completed her Chiropractic preceptorship in Atlanta, Georgia at Chiropractic Healthcare of Buckhead, and her post-ceptorship at McClain Chiropractic in Florissant, Missouri. Now residing in the Kansas City Metro area, Micheala owns and operates E. Elite Wellness while serving the American Black Chiropractic Association as the current national president. 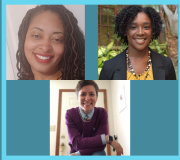 In the second episode of the Nutrition Education and Racial Disparities podcast, our guests are Alicia McDaniel, MPH, Rolanda Patrick... 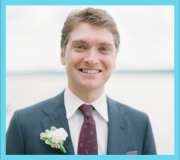 In the last regular episode of the Nutrition Education and Racial Disparities in Health podcast series, our guest is Charlie... 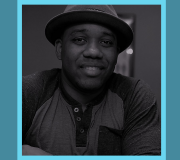 Welcome to the very first episode of the new monthly podcast series on WholisticMatters: Nutrition Education and Racial Disparities in... 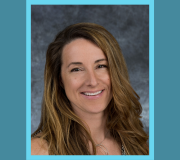 In the fourth episode of the Nutrition Education and Racial Disparities in Health podcast, our guest is Dr. Michelle Simon,... 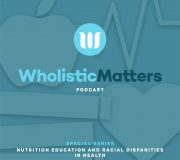 Introducing a special season of the WholisticMatters Podcast Series, where the hosts are talking with a diverse group of guests...