In this episode, naturopathic clinician Angela Hywood joins our host Sara Le Brun-Blashka, MS, to talk about Ashwagandha (Withania somnifera). Ashwagandha is commonly used in ayurvedic medicine as a general tonic for natural healing, and it is associated with a variety of clinical health benefits like blood sugar reduction, reduced cortisol levels, and stress relief to name a few.

Angela discusses the origins of Ashwagandha as a medicinal plant and how she uses Ashwagandha in her own practice. As a nervous system tonic, Ashwagandha is often associated with supporting healthy sleep. Angela reminds the listeners, though, that every herb isn’t for everyone. Ashwagandha can work for some people to calm the nervous system and help with sleep. It is a “restorative tonic” to the nervous system that reduces cortisol production. Angela also emphasizes the importance of consistent use over several weeks to best experience known clinical benefits.

When it comes to pediatric use of Ashwagandha, Angela describes this herb as the “adrenal adaptogen go-to.” Ashwagandha may be used in pediatric situations to help with stress, lack of appetite, and “failure to thrive.” Angela describes Ashwagandha as being effective for children “living on cortisol,” with stress being the “thief of childhood joy.” Additionally, Ashwagandha can support white and red blood cell production as a “blood tonic, blood nourisher.”

Ashwagandha is also important for thyroid health. Angela describes it as a tonic to the thyroid gland, often helpful for conditions such as hypothyroidism and autoimmune disorders. Angela says it is important to back up the adrenals with thyroid support.

Lastly, Angela and Sara talked about Ashwagandha to support men’s health. Ashwagandha can be important for vitality as a male reproductive tonic, supporting sex hormone regulation and helping men in their 50s and 60s with “andropause.” 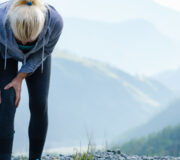 In this episode, naturopath and medical herbalist Amanda Williams joins our host Sara Le Brun-Blashka, MS, to talk about a... 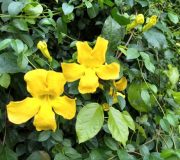 Cat’s Claw for Immunity and Recovery

Today we are talking about cat’s claw for immunity and recovery with naturopath and medical herbalist Berris Burgoyne, who joins... 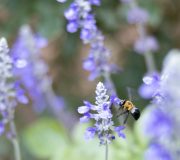 In this episode, naturopathic clinician Angela Hywood returns to the show to talk with host Sara Le Brun Blashka, MS,... 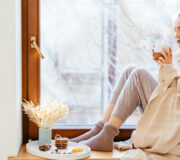 The winter months are notorious for the sneezes, sniffles, and coughs that result from pathogens that circulate every year. Lifestyle habits and...