Consuming a healthy, balanced diet will provide macronutrients for energy, as well as the micronutrients that function as essential coenzymes in extracting that energy. While there is some flexibility in metabolic reactions, allowing the body to adapt to unique or difficult circumstances, obtaining adequate vitamins and nutrients will allow for proper functioning of metabolic pathways.

Although vitamins do not directly provide energy to the body, they are important coenzymes in energy producing pathways and help in maintaining metabolic homeostasis. Consuming adequate levels of B vitamins in particular may help boost energy levels within cells and the whole body.

B Vitamins as Coenzymes in Energy Metabolism

B vitamins are micronutrients that are essential but do not provide energy. They are vital coenzymes for many metabolic reactions including proper functioning of energy-producing pathways. 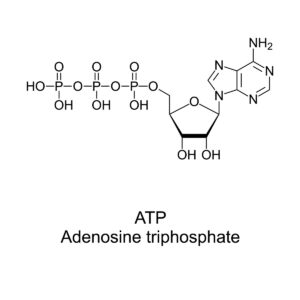 The human body requires energy to carry out thousands of vital reactions every day, and virtually the only source of energy for humans is food. Foods contain both micronutrients and macronutrients, nutrients that are required in relatively large amounts and provide calories, or energy. The energy currency in the body is adenosine triphosphate (ATP), which is an adenosine molecule with three phosphate groups attached. These phosphates are high-energy bonds; when a phosphate is cleaved, energy is released and can be utilized in reactions.

Cellular respiration is the process of converting macronutrients (protein, fat, and carbohydrates) into usable energy for cells. First, during glycolysis, glucose is converted to two molecules of pyruvate along with ATP and nicotinamide adenine dinucleotide (NADH). Pyruvate is then oxidized to acetyl coenzyme A (CoA) and NADH, which are transported into the mitochondria where pyruvate enters the tricarboxylic acid (TCA) cycle (also known as the citric acid cycle or the Krebs cycle). The TCA cycle releases stored energy through NADH and flavin adenine dinucleotide (FADH2), along with one molecule of ATP and carbon dioxide. 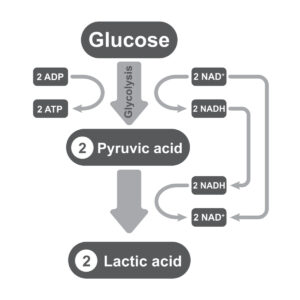 The electron carriers NADH and FADH2 then travel to the mitochondrial membrane where they work as part of the electron transport chain (ETC). The ETC is a series of proteins and complexes, including coenzyme Q10 (CoQ10), that transfer electrons from electron donors (NADH and FADH2) to the final electron acceptor, molecular oxygen. As NADH and FADH2 undergo redox reactions in the ETC complexes, protons are pumped into the intermembrane space and finally flow back through complex V (ATP-synthase) of the ETC, which synthesizes ATP in large quantities.

Thiamin can be phosphorylated to form thiamine pyrophosphate (TPP) which is involved in dehydrogenase reactions. These enzymes include:

They catalyze reactions which convert pyruvate and BCAAs to acetyl CoA, as well as decarboxylation among TCA cycle intermediates.1

Riboflavin is a critical part of the coenzymes flavin adenine dinucleotide (FAD) and flavin mononucleotide (FMN). FAD is required during the TCA cycle to produce FADH2, the electron carrier that donates electrons used to synthesize ATP in the ETC. FAD is also involved in the production of acetyl CoA from fatty acids, amino acids, and glucose.

Niacin and its derivatives, including nicotinamide, function as precursors to NAD and NADPH. NADH is produced during glycolysis and NAD+ is also required during several steps of the TCA cycle. NADH donates its electron at complex I of the ETC, making niacin essential for every phase of energy production.

Pantothenic acid is a precursor in CoA synthesis and is therefore required at any step where CoA is involved. This includes the conversion of pyruvate to acetyl CoA and in the formation of succinyl CoA in the TCA cycle. Pantothenic acid is also a cofactor for complex I of the ETC.

The pyridoxine family members function as important coenzyme for many reactions, mostly involving proteins and amino acids. The metabolically active forms, including pyridoxal phosphate (PLP), are also cofactors for enzymes involved in the synthesis and breakdown of glycogen, lipid metabolism, hormone action, and formation of niacin from the amino acid tryptophan.1,2

Biotin is a coenzyme for carboxylation reactions which are critical in amino acid metabolism as well as in energy metabolism. The major biotin-dependent enzymes are:

Consuming a healthy, balanced diet will provide macronutrients for energy, as well as the micronutrients that function as essential coenzymes in extracting that energy. While there is some flexibility in metabolic reactions, allowing the body to adapt to unique or difficult circumstances, obtaining adequate vitamins and nutrients will allow for proper functioning of metabolic pathways. Energy-producing pathways are highly complex and tightly regulated, meaning insufficient consumption of even one vitamin can negatively impact the entire system. 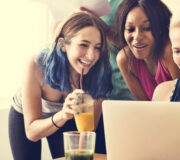 The Impact of Stress on Gut Health and Detoxification

The gut microbiome is an important component of the body’s detoxification process. However, stress can disrupt the balance of bacteria in the gut,... 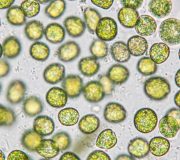 Chlorella vulgaris and microalgae in general are tiny but powerful sources of nutrition, including macronutrients, micronutrients, and phytonutrients... 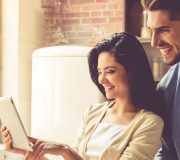 The gastrointestinal tract of the digestive system is regularly exposed to food particles, environmental toxins, and pathogens. Maintaining a strong...