Understanding the numbers around fatty acids is key to achieving intake in the target range and experiencing maximal health benefits. The U.S. Dietary Guidelines recommend that no more than 25 to 30 percent of calories in a day come from fat, and less than 10 percent of daily calories should come from saturated fat. Most Americans exceed the recommended intake for saturated fat while simultaneously not consuming the recommended levels of EPA and DHA, two omega-3 fatty acids with several health benefits. In adults, dietary sources typically provide only 90mg of EPA and DHA, out of the 1.1 to 1.6g considered to be adequate intake. As such, EPA and DHA supplementation is an option to close the gap between current intake and adequate intake. Dosage of combined EPA/DHA of less than 2g per day is considered to be generally safe and well-tolerated. 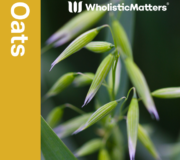 Oats (Avena sativa) are a widely consumed grain product as a rolled whole oat or ground into flour. It delivers... 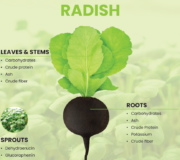 Nutritional and Phytochemical Characterization of Radish

As part of the Research Spotlight series on WholisticMatters, “Nutritional and Phytochemical Characterization of Radish” details the composition... 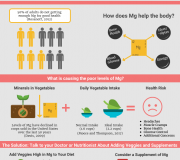 Are You Getting Enough Magnesium?

Magnesium is an essential nutrient, but many adults do not consume enough. Plants like spinach, Swiss chard, and peas are great sources of magnesium. 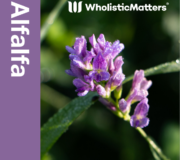 The alfalfa plant (Medicago sativa Linn.) is grown for its unique blend of protein, B vitamins, and minerals. It is... 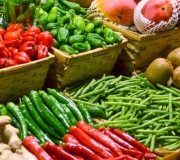 Color of Food: Crops and Phytoactives

From beetroot to Brussels sprouts, this downloadable poster provides an overview of the crops featured in the WholisticMatters Color of...