Functional neurology is a growing concept envisioning the nervous system as an integrated network controlling homeostasis through balanced signaling.

Functional neurology is a rapidly growing concept envisioning the nervous system as an integrated network that controls the homeostasis of the body through balanced signaling. This network is free from distortions potentially leading to disorders such as neurological or demyelinating diseases, movement or seizure disorders, headaches and pain syndrome, and cerebrovascular conditions. Functional neurology seeks to address irregularities that exist in the functioning of the autonomic nervous system.

Sweeping through models of chiropractic care, functional neurology is transitioning away from the limited concept of vertebral fixations to embracing the concept of neural tone, championed by the very originator of chiropractic – D.D. Palmer.1 Indeed, the updated definition of subluxation put forth by the Council for Chiropractic Practice in 2013 plainly states that subluxation is “a neurological imbalance or distortion in the body associated with adverse physiological responses and/or structural changes which may become persistent or progressive.”2 Following this line of reasoning, functional neurology opens the discussion to a range of causes of these neurological imbalances:

The positive aspect of functional neurology is its reorganization of nerve cells, making possible the restoration or bypass of connections that have become disrupted or damaged. A perfect example would be performing exercises to recover from stroke.3

The negative aspect of functional neurology, however, is that if a neuronal pathway is not fired, synaptic connections may become inactive with the loss or inactivation of neurotransmitters and receptors, as exemplified by the risk of cognitive decline in the elderly and the undertaking of exercises to counteract that effect. Both of these transformations of nervous system activity have become known as neuroplasticity, not limited to neural injury or recovery, but also including the remodeling of dendrites, synapse turnover, long-term potentiation, and neurogenesis. One striking example, out of many demonstrating the phenomenon of neuroplasticity, was offered by an observational study of London cab drivers, in which there was a redistribution of gray matter in their brains as they became familiar with the city’s layout.4-5

What makes neuroplasticity so noteworthy? The gateway through which external interventions may be applied to correct dysfunctions of the nervous system. There are two such approaches supported by experimental evidence.

Why Chiropractors Pay Attention to Nutrition

Despite the aforementioned findings that chiropractic can address biochemical as well as biomechanical issues in the body, the biochemical components are best fulfilled by nutrition, including food, water, and supplements. The most recent 2015 Practice Analysis from the National Board of Chiropractic Examiners (NBCE) provides both a logical and concrete basis for the relationship of chiropractic to nutrition.

The NBCE concluded that “chiropractic is based on the premise that the body is able to achieve and maintain health through its own natural recuperative powers, provided it has a properly functioning nervous system and receives the necessary health maintenance components. These components include adequate nutrition, water, rest, exercise, and clean air.”24 97 percent of chiropractors offer nutritional and dietary recommendations, establishing nutrition as an integral part of a treatment plan for chiropractic patients. Given chiropractic’s focus on the nervous system and the growing belief that the gastrointestinal system is our “second brain,” proper nutrition merits the serious attention of the practicing chiropractor.25 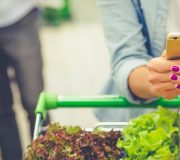 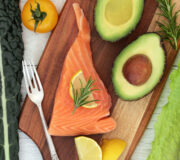 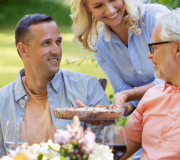 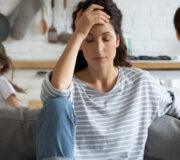 The Role of the HPA Axis in Stress