A child’s immune system is rapidly and continuously developing throughout their first years of life. The relative immaturity of the average immune system in a child versus an adult tends to cause a greater susceptibly to infectious disease in children, particularly those infections related to the upper respiratory tract. Some of the most common infections children experience include tonsillitis, otitis media (ear infection), and viral upper respiratory tract infections (URTIs) such as the common cold and influenza. In the United States, it is estimated that children have between six and eight URTIs per year.1

However, the pediatric immune system is primed to react to novelty, and frequent infections that occur in the first years of life serve to build the pool of memory T and B cells that can prevent reinfection or development of disease by commonly encountered pathogens.2 Additionally, the process of innate immune pathogen-killing is much more robust in children compared to adults, especially when the nutritional needs required to support these processes are being met. Many children consume diets rich in processed foods that are lacking in important micronutrients required for optimal immune health, making supplementation with key vitamins, minerals, and phytonutrients a useful way to support a rapid recovery from the symptoms of infection.

Both the fruits and flowers of Sambucus nigra (elderberry) have long been used in traditional medicine to help relieve symptoms of cold and flu such as cough, sore throat, fever, and excessive mucus production of the upper respiratory tract. Though several species of Sambucus have been used medicinally, S. nigra berries appear to have the highest concentration of polyphenolic compounds called anthocyanins, to which they largely owe their deep purple pigment as well as antioxidant activity and powerful therapeutic effects.3 Although many other beneficial phytonutrients are present, elderberry is an especially rich source of anthocyanins in comparison to other fruits, and oral ingestion of elderberry has also been shown to result in detectable levels of anthocyanins in blood plasma.3,4 Elderberry extract and – in particular – its polyphenolics have been shown to exert protective effects against viral infection, with preclinical and human trials showing the ability to stimulate host immunity and/or mitigate the duration and severity of flu symptoms in several strains of viruses responsible for influenza and the common cold.5 Precise mechanisms of action are still under investigation; however, elderberry appears to exhibit multiple direct and indirect effects against infection, with anthocyanins such as cyanidin 3-glucoside and cyanidin 3-sambubioside shown to inhibit viral replication and also confer protection against oxidative stress.6 Other proposed mechanisms include blocking the function of viral glycoproteins (such as hemagglutinin and neuraminidase, thus suppressing viral entry and transmission from cell to cell) and activating host immunity by modulating the release of inflammatory cytokines such as IL-6, IL-8, and TNF.6

Elderberry has a long traditional use in children to provide immune support and reduce the symptoms and recurrence of URTI.7 Additionally, several clinical studies have found beneficial effects from elderberry extract in children including:

A 2019 meta-analysis on the effects of elderberry which included children as young as five with upper respiratory symptoms showed substantial reduction in duration and severity of symptoms ranging from fever to sinus congestion.11 The review showed that the effects of elderberry supplementation were larger among cases of the flu than the common cold, but successfully reduced symptoms regardless of the underlying cause. The review concluded that elderberry provided an effective option when advanced or more invasive care is not warranted and was a potentially safer alternative to prescription drugs for routine cases of the common cold and influenza.11

Nutrients for Immune Health in Children

Ideally children would never have to suffer from the recurrence of infection. However, when prevention is not possible, immune support by way of reducing damage from inflammation and optimizing innate immune cell activity through nutrition and phytonutrients can help result in a more rapid recovery and a return to engaging in the many activities they know and love. Elderberry’s apparent ability to inhibit viral replication while improving inflammatory and immune responses provides a valuable herbal alternative to over-the-counter medications and can reduces the potential for antibiotic misuse caused by viral infections. It appears effective at reducing symptoms of URTI when used either before and/or during infection. It also has shown to be effective when combined with other key nutrients for immune health to reduce oxidative stress and promote chemotactic and phagocytic capacity of immune cells such as vitamin C, vitamin D, zinc, and probiotics. 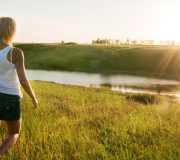 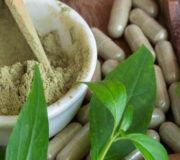