Centuries of observation and research have led to important advances in understanding the mechanisms of cellular health and aging. New discoveries are uncovering dietary components that can exert some control over the aging process.

Aging is an inevitable process that people wish to accomplish as healthfully as possible, and centuries of observation and study have led to important advances in understanding the mechanisms involved.  Modern researchers are spending a bulk of their time trying to unravel the web of interactions associated with repair processes that might slow or break down over time, focusing much attention on the role of mitochondria in aging. Exciting discoveries that illuminate modifiable factors for maintaining mitochondrial health are uncovering dietary components that can exert some control over the aging process.

Mitochondria are intracellular structures found in most cells of the body. They are known most prominently for their role in converting energy from food into the chemical energy of the cell – adenosine triphosphate (ATP) – but they are also involved in cell signaling and controlling the lifecycle of the cell.1 ATP synthesis results in the formation of reactive oxygen species (ROS) that can be damaging to cells, tissues, and the mitochondrion itself. However, ROS also serve a function in cell signaling, so eliminating ROS entirely is not the goal. Key strategies are emerging that both balance ROS with endogenous defenses and activate enzymes involved in clean-up and repair. Current evidence is pointing to the role of nicotinamide adenine dinucleotide (NAD+) and sirtuin proteins as major players in these strategies, which also have anti-aging effects.

Sirtuins are a family of enzymes that play an important role in cellular homeostasis and genetic repair. They were first studied for their ability to mimic calorie restriction (CR) – a documented means of prolonging lifespan in animal models. Sirtuins are activated through an increase in cellular levels of NAD+, and they are numbered one through seven (e.g. SIRT1, SIRT2, etc.).  SIRT1 is important for maintaining genetic stability by removing acetyl groups from proteins called histones, which help keep DNA organized. SIRT3 has actions that are specific to the mitochondria. There is significant research interest surrounding methods for activating these enzymes for anti-aging benefits, including those that increase sirtuin activity directly and those that increase NAD+ levels.  A decrease in NAD+ levels has been associated with factors associated with aging.2

One important substance for upregulating sirtuin enzymes is Coenzyme Q10 (CoQ10). CoQ10 is a lipid soluble molecule found in every cell of the body, concentrated in the inner membrane of the mitochondria.  It is involved in energy production through its role in the electron transport chain (ETC). It is protective of the mitochondrial membrane via both its direct antioxidant capacity and its role in upregulating endogenous antioxidant enzymes such as superoxide dismutase (SOD) and glutathione (GSH). CoQ10 supplementation increases the activity and total number of mitochondria in tissues and shows benefit against several age-related diseases including cardiovascular disease, diabetes and neurodegenerative disorders.3, 4 These effects have been associated with the role of CoQ10 in activating SIRT1, SIRT3, and genetic transcription factors involved in both the biogenesis of new mitochondria and the production of SOD and GSH. A 2017 meta-analysis of studies covering 2149 patients with heart failure found that CoQ10 supplementation increased exercise capacity and decreased overall mortality by 31 percent.5

Polyphenols are a group of phytonutrients found predominantly in fruits, vegetables, herbs, and seeds. Volumes of research exist highlighting polyphenols’ antioxidant and protective effects, which are now understood to involve the activation of sirtuins. Resveratrol is a polyphenol found in grapes, wine, peanuts, cocoa, pomegranate, and various berries (e.g. blueberries, cranberries and raspberries). Along with resveratrol’s action in upregulating endogenous antioxidants (e.g. SOD and GSH), it has been found to specifically activate SIRT3.  SIRT3 exerts anti-aging influence by helping to activate processes that encompass damaged mitochondria and eliminate them (a process called mitophagy).6 Mitophagy results in a reduction of waste products and plays an important role in preventing age-related disorders.7

Cordyceps is a genus of fungi used extensively in Chinese medicine as a tonic and health supplement, and many studies have shown effects against age-related diseases. Studies have shown effectiveness against tumors, diabetic renal injury, and neurodegeneration [8]. One study published in 2017 found cordyceps treatment to influence whole-body health through its action in promoting cell survival through mitophagy. The action was attributed to SIRT3 activation which was upregulated in all tissues studied except the central nervous system (CNS). Interestingly, the CNS of treated subjects still benefitted from greater protection possibly due to the enhanced blood supply with lower levels of waste products from surrounding tissues.8

Herbal tonics have been used for centuries to maintain health and stamina, and modern research is supporting their use to prevent processes associated with aging. In Chinese medicine American Ginseng (panax quinquefolium) is known for its cooling and moistening qualities and the active components – ginsenosides – have been shown to have antioxidant, anti-aging, anti-cancer, adaptogenic, and other health promoting effects.9, 10 They appear to affect cellular viability by regulating mitochondrial processes such as energy metabolism, mitophagy, and apoptosis. One ginsenoside – Rb1 – has been shown to retard the aging process in mice.11 In rat cell studies, Rb1 activated the pathway associated with increasing NAD+ and activating SIRT3.12

Long known for its nutrient density and health benefits, wheat germ may soon add anti-aging effects to its resume.  Wheat germ is the highest known food source of spermidine which shows the ability to mimic longevity effects associated with calorie restriction (i.e. upregulating sirtuins, inducing autophagy and increasing mitochondrial biogenesis).13 Whole blood spermidine levels decrease with aging but seem to be maintained in those with the longest lifespans (nonagenarians and centenarians).14  Spermidine supplementation in animal models has shown the ability to extend life span and improve cognition, and epidemiological evidence shows a decrease in all-cause mortality for subjects in the highest third of spermidine intake when compared to those in the lowest third.15-17 While spermidine is generally synthesized in sufficient quantities while one is young, the consumption of foods such as wheat germ may prove to be important dietary components for healthful aging later in life.

As scientists start to understand the mechanisms involved in aging, they are uncovering the importance of maintaining NAD+ levels and regulating sirtuins. These substances seem to be at the foundation of building, repairing, and maintaining healthy mitochondria and supporting the development and maintenance of healthy cells and tissues. The science on these mechanisms is still young, but while it continues to emerge it is empowering to know that researchers have preliminary evidence of the molecular actions involved in some time-tested nutrients and herbs.

The American population is growing and aging, and an increasing risk of sarcopenia often accompanies age, especially for women. Increased protein... 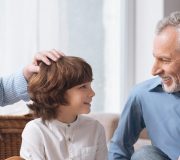 Men face different health challenges than women and are less likely than women to visit the doctor for regular screening.... 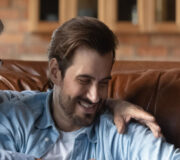 Conditions affecting the prostate and bladder are common in men, especially in older age. Adopting healthy habits such as consuming a balanced diet,... 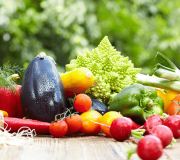