Colin O’Brady – three-time world record holder and adventurer- is an inspiration to many people. In 2008, he was burned in a fire in Thailand and told he would never walk again. He surprised doctors and family with a lot more than taking a few steps. In 2016, O’Brady became the fastest person to complete the Explorer’s Grand Slam – a challenge to climb the tallest mountain on each of the seven continents. The current record for this challenge is 139 days, still held by O’Brady. Then, in the summer of 2018, he became the fastest person to climb the tallest mountains in each of the 50 United States, breaking the previous record of 41 days with his own record: 21 days.

When O’Brady isn’t breaking world records, he’s inspiring kids to get outside and be more active. When O’Brady himself was young, he dreamed of one day climbing Mount Everest. Now he encourages kids to reach their own goals. “I ask, ‘What’s your Everest?’” O’Brady said. “What’s a big goal you have in your life?” To reach his own goals, O’Brady focuses on setting small, incremental goals along the way to reach “massive, audacious” goals. This includes taking steps to make sure his nutrition, physical health, and mental health are at tune with the things he wants to accomplish. 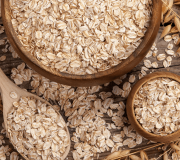 Oats, Bitter Compounds, and a Lifetime of Plant Study | Episode 59

Eric Jackson, PhD, is currently the Chief Technical Officer for 25:2 Solutions and the architect of the company’s NATIVCROP Lab.... 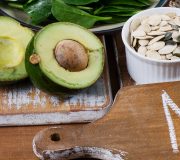 The Importance of Understanding Magnesium | Episode 29

A large proportion of the population does not get enough magnesium, an essential nutrient that acts as a cofactor for more than 300 enzymes. 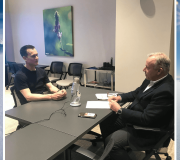 Colin O’Brady talks about why he uses social media to reach and inspire people and about how important it is for him to receive the proper... 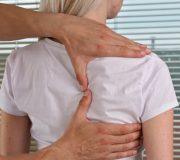 The Future of Chiropractic: Live at FCA’s The National | Episode 75

Live from the Florida Chiropractic Association’s The National, the world’s largest event for chiropractic, the WholisticMatters Podcast Series... 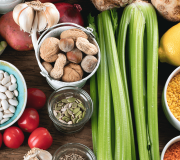