The Mechanisms of Inflammatory Pain

There are three general phases associated with the experience of pain: nociception, pain perception, and the consequences of pain, like suffering.

What is Inflammatory Pain?

There are three general phases associated with the experience of pain: nociception, pain perception, and the consequences of pain, like suffering and behaviors motivated by pain.1 Inflammation is one cause of pain, but a combination of factors likely cause chronic pain, including physical, emotional, psychological, and social inputs.

Chronic inflammatory pain affects millions of Americans and appears in many forms. Affecting knees, fingers, and wrists, joint pain can be either in the form of osteoarthritis, which affects approximately 30.8 million American adults, or rheumatoid arthritis, which affects approximately 1.5 million American adults, with women more likely to be affected than men. Pain affecting the lower back is the most common cause of job-related disability, affecting 80 percent of adults.2

Nociceptors are the sensory neurons that alert the body to “potentially damaging stimuli” like bacteria, injury-related stimuli, and changes in temperature or pressure.3 Detection of the stimuli is called transduction. These neurons signal to the spinal cord that the body is in danger, a process known as conduction, and then the information is sent to the brain in a process known as transmission.

The experience of feeling pain, or the detection of painful stimuli, is controlled by pain receptors. Different pain receptors detect different stimuli, such as the vanilloid receptors that detect heat or acid-sensing ion channels (ASICs) that detect acidic substances. Conduction and transmission of pain signals through the nervous system are transmitted via a series of ion channels. In states of inflammatory pain, hormone-like substances, such as prostaglandin E2 (PGE2) and serotonin, can enhance the sensitivity of the channels that mediate transmission of pain signals through the body.

A final category of compounds that inhibit nociceptor activity and pain sensitization is that of cannabinoids. There are two types of cannabinoid receptors in the body: CB1 and CB2. CB1 is expressed on neuronal cells while CB2 is expressed on immune cells. Cannabinoid receptor agonists applied either topically or systematically also inhibits nociceptor activity.

Inflammatory pain can occur acutely on peripheral neuronal cells, but chronic pain and inflammation can also activate different mechanisms. This process is known as central sensitization, and it occurs in individuals with chronic inflammatory conditions. The body can release pain signaling substances that communicate between the peripheral nervous system and the spinal cord (common in acute pain and inflammation), as well as other neuropeptides and neurotrophic factors that can cause long-term changes in how the nervous system communicates with the brain about pain and stimuli.

Furthermore, the increase in the release of neuropeptides and neurotrophic factors makes pain receptors in the brain more sensitive to stimuli, which means individuals with chronic inflammation are likely to have an exaggerated pain response to normal pain stimuli.

While some literature reviews call for an anti-inflammatory co-therapy of NSAIDs and morphine based on the finding that chronic inflammation can lead to more intense pain, resolution of inflammation itself is also a compelling proposition. The role of neurotransmitters in the development of chronic inflammation is not well understood, but research suggests that there might be a bidirectional relationship between the neuroendocrine system and inflammation.4 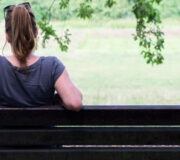 Inflammation is foremost a defense mechanism against infection and tissue damage. However, if left unresolved it can progress to chronic inflammation...

The distinction between antigen and pathogen is subtle, but key to understanding the dynamic interplay between the innate and acquired immune system.

Balance, the fight or flight response, and lifestyle factors all contribute to the immune system's identity, and its role in both human health and...