Cucumbers, summer and winter squashes, and melons are all gourds - and from the family Cucurbitaceae – among nearly one thousand other species. Gourds are typically low in calories and high in water content, but they are not without their unique nutrient and phytonutrient profiles and subsequent beneficial health properties.

It’s time to celebrate the nutritional content of some of the season’s favorite plant foods.

How Do You Define a “Gourd”?

Often, a “gourd” is used synonymously with “squash,” but both can be more officially categorized as belonging to the family Cucurbitaceae. Plus, technically gourds are fruits – defined as such because they contain seeds and grow from the ovaries of flowering plants. In fact, cucumbers, summer and winter squashes, and melons are all from the family Cucurbitaceae – among nearly one thousand other species. Gourds are typically low in calories and high in water content, but they are not without their unique nutrient and phytonutrient profiles and subsequent beneficial health properties.

Yes, cucumbers are gourds. Either in slices paired with a facemask or diced in a salad, cucumbers can be a crisp, refreshing part of the day. As a native plant to India, the fruits and seeds of cucumbers have therapeutic activity utilized in Ayurvedic medicine. There is a plethora of genetic varieties of cucumbers found in different parts of the world.

Health benefits associated with cucumbers include addressing skin problems, such as relieving swelling under the eyes, sunburn, and a general relief of irritated skin by providing a “cooling effect.” Cucumbers contain antioxidant components and may also be relevant to detoxification.1

Various cosmetic and pharmacological activities are associated with cucumbers, including:1

Like the rest of the Cucurbitaceae family, cucumbers are characterized by cucurbitacins, triterpenoids known for their bitterness.2

In general, C. pepo is associated with a variety of beneficial properties for humans. A 2016 review found that C. pepo contains anti-inflammatory, antidiabetic, antibacterial, antiulcer, antioxidant, antitumor, and antihyperlipidemic activity directly related to the plant’s collection of phytochemicals including terpenoids, cucurbitacin glycosides, flavonoids, and cardiac glycosides.3 Research has also been done specifically on the seeds of C. pepo plants, such as a 2021 study that showed the seeds contain tocopherol, tryptophan, omega-6, and omega-3 fatty acids and also demonstrated the potential anti-Parkinson’s disease activity of C. pepo seeds.4,5 Additionally, a 2021 study investigated the antioxidant, antifatigue, and anti-inflammatory activity of C. pepo in an animal model of chronic stress.6

Winter squashes come from a variety of Curcubita species and include butternut squash, acorn squash, spaghetti squash, and pumpkins. The exterior of winter squashes is rigid and hard after being grown and harvested to maturity as opposed to their surface-soft seasonal partner, summer squash. This exterior rigidity allows this type of squash to be stored for use in the winter months, hence its common name. Winter squashes also tend to be asymmetrical, odd-shaped, and present with a rough or even verrucose surface.

Interestingly, flavors thought of as “pumpkin” in pies and fall beverages in actuality come from a variety of winter squashes much different than what is commonly thought of as the classic pumpkin utilized for fall festivities. Pumpkins are native to North America and one of the oldest known domesticated plants, dating back to as early as 7,000 to 5,500 B.C. Just one cup of pumpkin contains 209 percent of the Daily Value (DV) for vitamin A. Pumpkin is also a good source of potassium, vitamin C, vitamin B6, riboflavin, magnesium, and iron as well as an excellent source of vitamin E, copper, and vitamin K.

Standing out from their yellow/orange companions, acorn squashes usually have a dark green exterior and a spiny stem. Their nutritional profile includes fiber, potassium, magnesium, manganese, B vitamins, and vitamin C.

Melons such as honeydew, cantaloupe, and watermelon are also part of the gourd family and highly nutritious. Cantaloupe is an excellent source of vitamin A, vitamin C, and potassium, and watermelon is an excellent source of vitamin C. A 2021 study of C. melo examined 30 different melon genotypes, highlighting potentially beneficial activity such as radical scavenging, nitric oxide induction, and angiotensin-converting enzyme (ACE) inhibition activity, which is associated with positively impacting blood pressure status.9

Historically, bitter gourd has been used in Asian and African herbal medicine systems. It is known for its warty exterior and comes in the form of many different varieties, shapes, and bitter profiles. Its taste has all the watery crunch of a cucumber with a kick of bitter, and bitter gourds are an excellent source of both vitamin B6 and vitamin C, as well as a good source of magnesium.10 In the literature, M. charantia has been studied for its long historical use in the context of type 2 diabetes as well as for menstrual cramps, eczema, gout, jaundice, leprosy, hemorrhoids, pneumonia, psoriasis, rheumatism, and scabies.11-14 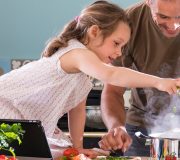 The group of B vitamins is comprised of eight, water-soluble vitamins that are essential to cellular health, both catabolic and... 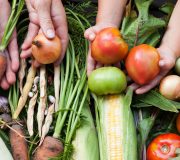 Nuance in the Utilization of a Nutrient

What good would highly nutritious foods be if the nutrients couldn’t be absorbed or accessed properly after a meal? Several... 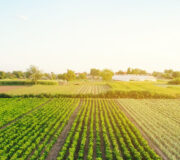 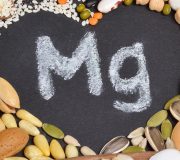